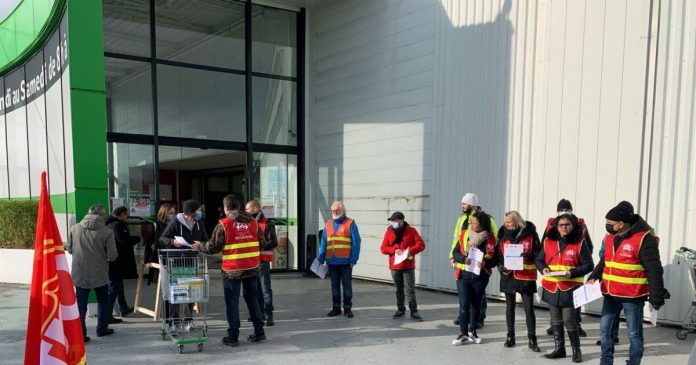 Maud, Elijah, Emily, Xavier… they all express the same anger. The CGT is listed, they speak in the same voice, as CFDT, CFTC, or FO. The movement is national and has begun since the last mandatory annual negotiations (NAO) failed at the beginning of the month. According to the unions, “the administration ended negotiations with a proposal for a general increase of 2% with a minimum of 40 euros in total and a doubling of the inflation premium from 100 to 200 euros.” Xavier Hatterer notes: “With declining inflation, the explosion in energy and fuel costs, and poverty, Leroy-Merlin employees are getting poorer.” The result is even more bitter, at the same time, the group is posting a record turnover this year. “These excellent results are above all the fruit of the participation of the approximately 27,000 employees of Leroy-Merlin, second-line employees who remained motivated during the health crisis and who accepted many sacrifices,” emphasizes CGT.

The unions also specify “millions distributed in IVR, stock and free stock options for corporate directors” including store managers: “10 million euros for about 700 beneficiaries, or 15,000 euros on average per person just for IVR… Amounts The distribution is as follows indecent because it is disgusting. In the face of this contempt and this countless insult on the part of the national leadership, no union organization has accepted the endorsement of the salary component nor the social component of the National Student Union. We demand the immediate reopening of negotiations and a real wage increase “Otherwise, the movement will not stop, warn the unions.

Google plans to cut wages for its remote workers