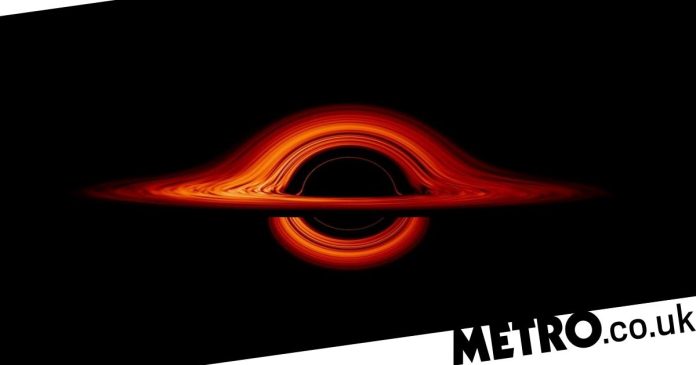 It’s NASA Black Hole Week and to celebrate, the space agency has released the soundtrack to a real black hole.

On Wednesday, NASA gave us a glimpse inside a black hole at the center of the Perseus cluster of galaxies, more than 200 million light-years from Earth.

Perseus is known to be an 11 million light-year-wide bundle of hundreds of galaxies surrounded by hot gas.

In 2003, astronomers discovered that pressure waves sent out by a black hole at the center of Perseus caused ripples in the surrounding hot gas that could be translated into a sound note. However, this was not audible to the human ear.

It just looks like you think a black hole looks like it’s not quite Hans Zimmer interstellar version.

There is a common misconception that there is no sound in space considering the fact that most of it is a vacuum, which means there is no medium through which sound waves propagate.

This is where the hot gas surrounding Perseus is galaxy cluster Come. It turns out that the gas provides the perfect medium for sound waves to travel through, allowing us to hear what this part of space looks like.

The sonication process involves signals that are recombined to be audible to the human auditory range by raising them 57 and 58 octaves above the true pitch.

In addition to the black hole of the Perseus galaxy cluster, NASA has released another sonication of a famous black hole at the center of the Messier galaxy. This hole is famous for being the first black hole ever photographed.

Further sonication of astronomical data, as well as additional information about the process, can be found on the “A Universe of Sound” website: https://chandra.si.edu/sound/

Get the latest news, happy stories, analysis you need to know and more