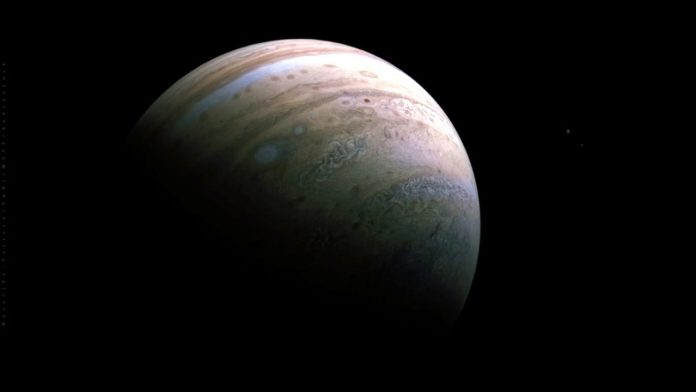 National Aeronautics and Space Administration NASA has released new images of Jupiter, captured by the Juno space probe as it flew above the planet’s orbit. In addition, two of its moons, Io and Europa, have been captured; The former is the most volcanic object in the solar system, while the latter hides an ocean under its icy surface.

probe Juno took the photos from a distance of 61,000 kilometers. From the cloud tops of Jupiter, at about 52 degrees south latitude. In addition, in September, the probe will have the opportunity to obtain new images of Europa when Making the closest flight in decades, as detailed by NASA. For its part, the mission will also approach Io in late 2023 and early 2024.

The Juno probe was launched on August 5, 2011 and entered Jupiter’s orbit on July 4, 2016 to study the formation and evolution of the planet. “Juno will detect Jupiter’s gravity and magnetic fieldsatmospheric dynamics, composition and evolution,” they noted from NASA.

Io is the third largest moon of Jupiter. It has the highest density among all satellites, and, proportionally, the less water Among all known bodies in the solar system. While Europa is the sixth natural moon of Jupiter in order to increase the distance. There are several theories, with grounds, that argue that there are large amounts of water beneath its surface. 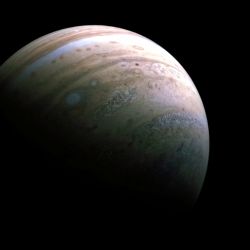 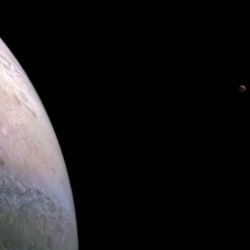