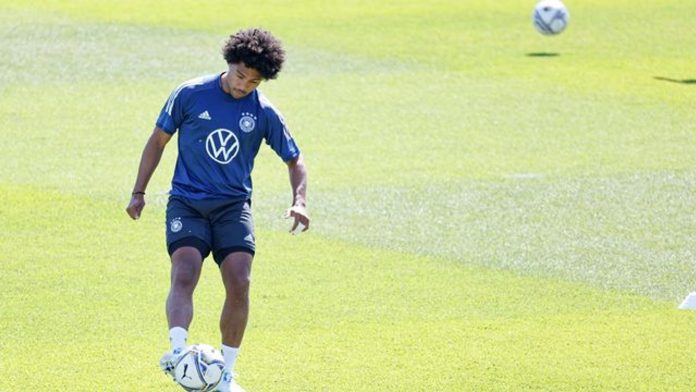 “We know how good they are,” said the Bayern Munich professional at the German Football Association headquarters in Herzogenaurach. “We do not underestimate the European champions.” The DFB selection will play Italy in Bologna on June 4 (8:45pm/RTL), who had previously lost to Copa America winners Argentina at the start of the month.

“You have to take advantage of the chances you get against Italy in the cold,” said Jonas Hoffmann. “Individually, they have outstanding players in their ranks. I think that’s going to be the key to taking those chances and being good defensively, something we’ve always been working on here.”

The Bologna match will follow the matches of Munich against England (June 7), in Budapest against Hungary (June 11) and on June 14 in Mönchengladbach again against Italy. Gnabry said he feels “a great desire” for the matches. “Training is always good, but the main attraction is always the game.” “It’s a small tournament and we hope it will be a successful tournament for us. We definitely want to make it to the final.”

The American sports betting market doubled in size in 2021