Persia Digest
Home Economy New technologies: Morocco is ranked as one of the most competitive countries 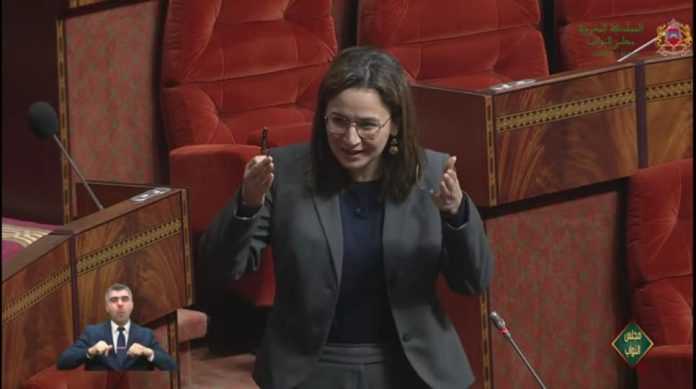 Morocco occupies a position after California, the United Kingdom, Australia and Switzerland, as a major destination for research and development in the field of new technologies, thanks to its dynamism and skills in the field of information technologies. Digital Transformation and Management Reform, Gita Forger.

In response to a verbal question about “the government’s strategy to encourage and attract investment in the digital sector,” submitted by the Authenticity and Modernity Group, the Constitutional Union and the Democratic and Social Movement of the House of Representatives, the minister stressed the importance of the Kingdom’s strategic position and wealth in terms of young skills and energies in the field of digitization, as well as its position among the top three Outsourcing agencies in Africa. She pointed out that this sector employs 120 thousand people.

Ms. Mazur said that in addition to Moroccan investments, the field of digitalization attracts investments from several countries, including the United States, France, Canada, the United Kingdom, Spain, Japan and India, noting that the Ministry of Digital Transformation and Administrative Reform is seeking, in coordination with all partners and at a steady pace, to conclude partnerships from It will boost investment in Morocco.

In this context, the Minister commended the efforts made at the international level, recalling her recent visit to India, the leading country and first destination in the world in the field of transport services, during which the signing took place in coordination with the relevant partners. , a memorandum of understanding with an Indian company to launch an investment project in Morocco that aims to create thousands of jobs with high added value in the field of coding, computer software and services. She said that this Memorandum of Understanding refers to the installation of a giant Indian outsourcing company in Morocco that operates in fifty countries and employs more than 200,000 people worldwide with sales of more than $11 billion in 2022.

Mazur returned to visit Safra Katz, President and CEO of the American company “Oracle” to the Kingdom, and inaugurated the first research and development laboratory “Oracle Lab” in Africa, among its six centers in the world. She also referred to the memoranda of understanding that were signed between the government and four international companies to invest in the field of service transfer, and to create more than 5,000 direct and permanent job opportunities, especially in Tangiers, Fez, Rabat, Casablanca and Casablanca. Agadir.

On the national level, Mazur continued, that two agreements were signed last Saturday to establish a programming and coding school and a start-up incubator center at the regional level from the East. In addition, the Minister indicated that Morocco is working to complete the legal framework for the digital trust of users and the digital sovereignty of the Kingdom, in addition to its participation in several international agreements in this field. In response to a question about “preserving digital sovereignty”, submitted by the National Rally of Independents group, Mazur stressed that the issue of digital sovereignty has become relevant in recent years, especially with the significant development of the sector. Digital and its daily uses in several transactions.

In this regard, she indicated that several laws have been issued, including the Cyber ​​Security Law and its implementing decree, a text aimed specifically at protecting vitally important information and infrastructure, and preventing the hosting and storage of sensitive data outside the country. The national territory, as well as defining technical and organizational conditions and rules, with the aim of securing information systems for public bodies and institutions concerned with cyber risks. The General Directorate of Information Systems Security, through the Center for Vigilance, Monitoring and Response to Computer Attacks, monitors, detects and responds to computer attacks that are likely to affect the security of case information systems, and coordinates the response to these events by issuing alerts, warnings and incident management.

See also  Looking for a new computer during Hot Sale? Here we tell you the best options!

Sustainable hotels in Málaga certify Made in Málaga, adapting to change...