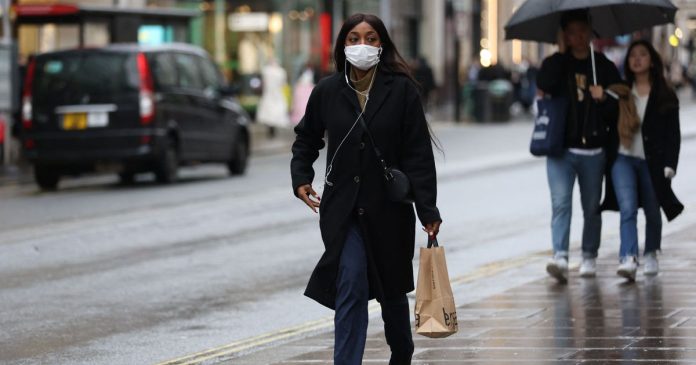 The infection is up to two or three times more than the delta variant, but is less severe, at least according to the latest studies by Imperial College London and the University of Edinburgh, Omicron is prevalent in Europe. It can evade vaccines, even infecting immunized people.

In the early days after the Christmas holidays, record cases were recorded in many European countries, such as France, which recorded 180,000 infections in the past 24 hours, and England, which has nearly 130,000. Portugal also reported infections, despite the high proportion of the vaccinated population, andItaliaThat reached 78 thousand cases per day, that number has not occurred since the beginning of the epidemic.

Scandinavia is among the European regions facing a rapid rise in infections. In fact, Denmark has the highest infection rate in the world: out of 100,000 inhabitants, 1,612 are positive for Covid. Finland, after a quick meeting of the government, decided to run for cover by banning, with some exceptions, unvaccinated people from entering the country.

France recorded a record 179,807 new cases in the past 24 hours, the highest number since the start of the pandemic. The previous record of 104,611 was set on Saturday.

The country has announced new anti-Covid measures in an effort to stem the increase in the number of infections. From January 3, 2022, working from home will be mandatory for at least three days a week for those who can, while public gatherings will be limited to 2,000 people indoors and 5,000 outdoors.

See also  12 hours in the woods with his father on his shoulder to be vaccinated - Corriere.it

The United Kingdom reported 129,471 new cases, following the words of Prime Minister Boris Johnson who said he had no new restrictions to curb the spread of the virus.

The data is not complete as it does not include figures for Scotland and Northern Ireland due to differences in reporting practices over the Christmas holidays. The 12,378 cases reported in Wales include data that would have normally been reported in the previous days. So the real numbers are likely to be higher.

Denmark has the highest Covid infection rate in the world, with 1,612 cases per 100,000 people. The country of 5.8 million people set a new record on Monday in the number of daily infections and now has the highest rate ever. The first daily new cases amounted to 16,164 cases, in 130,686 cases of PCR testing, a positive rate of 12.4%.

Since last week, the Omicron variant has been the dominant form of the virus in the country. According to Our World in Data figures, Denmark is also among the countries that conduct the most tests for every resident.

With around 87% of its population of 10 million vaccinated and nearly 2.4 million people receiving the third dose, Portugal has one of the highest vaccination rates against Covid in the world. Despite this, official data shows that the Omicron variant accounts for 61.5% of all new cases in the country.

See also  September will be a risky month. Official reasons and forecasts for autumn that promises to be extreme »ILMETEO.it

Powered by the Omicron variant, cases in Spain surged in the past month, pushing the nationwide 14-day infection rate to 1,206 cases per 100,000 people on Monday, a fivefold increase since early December.

Refreshing Covid data after a four-day hiatus, the country’s health authorities have reported 214,619 new cases and 120 deaths since Thursday evening.

The government reissued the mandate for outdoor face masks last week, but it has not yet attempted to reimpose stricter national restrictions. However, regional administrations, which are responsible for implementing their own health policy, have introduced measures ranging from a nightly curfew in Catalonia to restrictions on social gatherings and bar opening hours.

Greece recorded a new daily record of 21,657 COVID-19 cases today, more than double the previous day, and an already record high, with 9,284 cases on Monday. In contrast, that number was more than double Sunday’s figure, 4,036.

Those variants that come from Africa: “vaccinate them to save us”