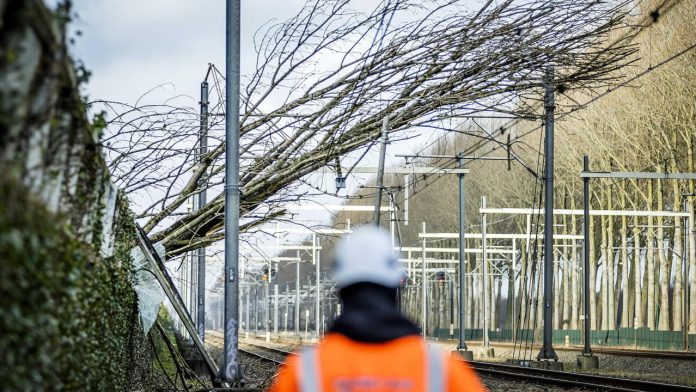 Winter cyclones in Northern Europe are often devastating and in these hours remains a red alert status from England to Holland and even Germany, a weather picture that is the worst in some areas in 30 years. Even the entire Baltic region will remain until tomorrow under the watch of these non-tropical winter cyclones, as deep and intense as Category 4 hurricanes: The Saffir-Simpson scale of hurricanes ranges from 1 minimum to 5 maximum, so Category 4 is a monster hurricane; The difference between these northern European storms compared to a hurricane is the much smaller diameter, otherwise these disturbances from northern Europe would also frequently hit Italy, especially the north. Despite the high distance from the transit zones of these cyclones in northern Europe, the activity of the polar vortex has been causing furious winds since Monday, diverting the jet stream towards the Mediterranean.

By the start of next week we could see strong winds like the one on Monday 7, exactly two weeks later. About a month after the vernal equinox, which this year falls on March 20, we will have strong winds from the north over Sardinia, the Alps and the Apennines, with Fohn or Vavonio that could hit Turin and Milan again. The most powerful storms over our country can reach 100-120 km / h. From Monday, there is another turbulent passage over the Danube region which should bring furious winds, rain and heat in Italy on Tuesday also February 22.