Persia Digest
Home World “Only the role is important and faith stops.” Shadow of division... 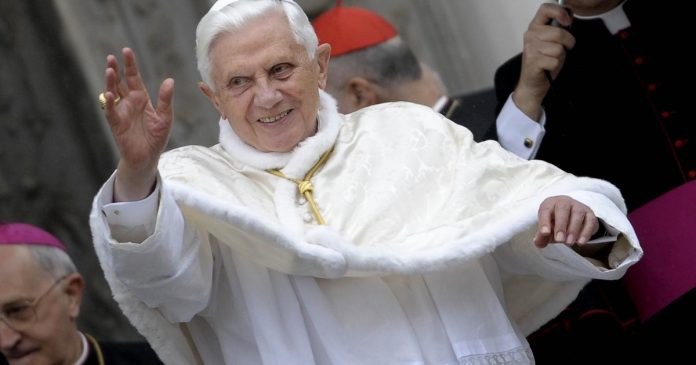 when Joseph Ratzinger He announced his early retirement in 2013, and also promised to stay “under the radar”. Since then, whenever he talks about an issue, he fears that he will be criticized for not honoring what he promised by simply handing the wand to Bergoglio. Thus, Ratzinger slurs his statements that occasionally see the light of day. Just as it happened with a written interview with him, published by the Freiburg newspaper la Herder Correspondence. In the predecessor I mentioned before the time, one appears Strong criticism of the former Pope of the current doctrinal and organizational structure of the German Catholic Church, In his view, it is fundamentally in need of reform.

Benedict XVI’s words seem to be directed specifically at Germany and thus at what is happening in the German ecclesiastical context. Even if the retraction of the Pope, now dating back 8 years, suggests that it is the entire ecclesiastical system that requires the least radical change. “As long as the role is only important in ecclesiastical contexts and not the heart and soul, the world of faith will cease.” His desire to create a “true report card of the faith for church spokesmen – a reference to the reform movement”. We are a church (We are the Church), in the forefront of the bishops.

Criticism expressed by Ratzinger more firmly? “In ecclesiastical institutions such as hospitals, schools and Caritas, Many people engage in critical situations that do not support the Church’s mission and thus often obscure the testimony of this institution.” Benedict then went on to attack religion on an “official” paradigm, criticizing those who had the right to write texts, specifically “official”. people will be “For whom faith consists only in the position they occupy.” In this sense – writes Ratzinger – I must admit that for most church texts in Germany the term ‘the role of the church’ applies.

The accounting firm of former US President Donald Trump said its...