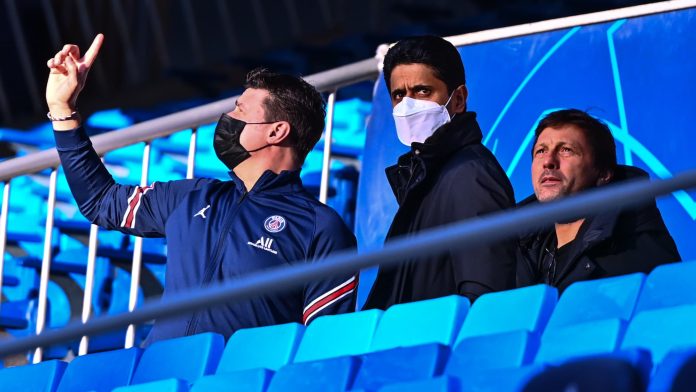 RMC Sport was able to confirm the information about the brawl that followed the match between President Nasser Al-Khelaifi on Wednesday after Paris Saint-Germain was eliminated against Real Madrid in the Champions League (3-1).

RMC Sport is able to confirm Cope’s information about the brawl that followed the match between Nasser Al-Kheleufi after Real Madrid-Paris Saint-Germain (3-1) in the Champions League knockout stages. This match was of paramount importance to Nasser Al-Khelaifi both in terms of the opponent’s prestige and the betrayal he is considered to have suffered in the Premier League project.

Looking at the scenario at the end of the match, the PSG president is in a daze at the time of the final whistle.

At this moment, the leader of the Ile de France club and Leonardo furiously leave the “Balco”, the equivalent of the “basket” at the Santiago Bernabéu. The two men rushed into the corridors to head straight into the referees’ locker room, extremely angry and yelling.

The rulers ask them to leave and close the door. Then Leonardo knocks on the door and pushes it to keep it open. At that time, the security men intervened to remove the Parisian leaders. But Nasser Al-Khelaifi’s tension was such that he broke the flag of the assistant lines.

At the same time, someone affiliated with Real Madrid was filming with his cell phone. This is what Nasser Al-Khelaifi noted. He asked the person who was photographing him closely to stop. He reportedly repeated his request several times to “Stop filming! Stop filming!”

See also  Towards our first massive race on Monday

>> The best of the Champions League is on RMC Sport

No physical assault, according to Al-Khelaifi’s entourage

People around Nasser Al-Khelaifi at the time requested that this video be destroyed. Then things calmed down in an office near the referees’ dressing room.

Even if he should transmit this video to UEFA, FC Madrid would not have the will to add more, well aware of the importance of the president of Paris Saint-Germain within UEFA (the president of UEFA) and after the lunch that was organized on match day With Florentino Perez, who “goed well and cordially”, according to the entourage of the Parisian coach.