Persia Digest
Home Economy Orange DAS will be used to provide 5G for the new Paris... 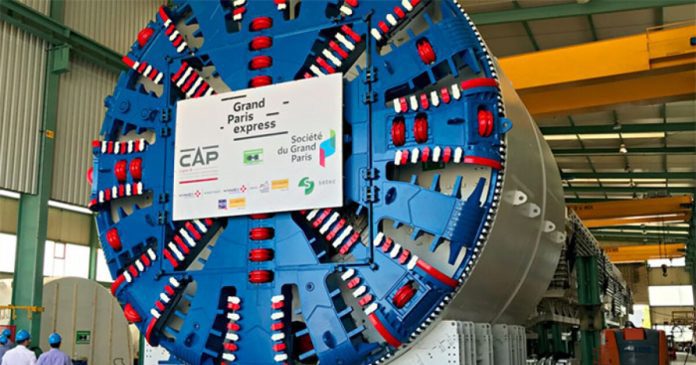 The company’s subsidiary Totem Tower acquired the rights to create and operate the service for all mobile operators from the opening of the line in 2025 until at least 2035.

Line 15 South is part of the Grand Paris Express, under construction by Vinci Construction (photo). The entire line 15 is planned to be 75 kilometers long, but 15 South will have 16 stations at a distance of 33 kilometers.

“Internal communication is a priority not only for companies and real estate players, but also for the entertainment and transportation sectors,” said Nicholas Roy, CEO of Orange subsidiary Totem Group. Totem supports its customers from start to finish, by offering the most appropriate connectivity solutions and by positioning itself as a major player in the deployment of 5G in the most complex places.

Totem has announced that it will use a mobile network of indoor distributed antennas (DAS) for the entire 15th line south of the Grand Paris Express.

Passengers on the line will have access to end-to-end 5G, between the future Pont de Sèvres and Noisy-Champs stations. This means Line 15 Sud will be one of the first Paris metro lines to have end-to-end 5G connectivity, Orange said.

Totem described the project as “a real technical challenge. Approximately 40,000 man-hours will be required to build a DAS network that includes approximately 1,000 active antennas and equipment on the entire 15 South line.”

The technological challenge is especially acute in tunnels, where it is necessary to minimize the dimensions of the equipment and ensure safe coexistence with other communication systems.

The Société du Grand Paris (SGP), which will operate the new network of metro lines, has selected Orange Group, via Totem, to provide the connection for the future 15 South line. Totem will make all the necessary investments to deploy the infrastructure, “before marketing the network to mobile operators under the same conditions and with complete transparency.”

Thierry Papin, CEO of Totem France said: “With this agreement, Totem fully asserts itself as a major player in intercom in France. Société du Grand Paris has chosen a reliable and strong partner to ensure the deployment and marketing of operators, maintenance and safety along the 15 Sud metro line It is a remarkable team effort, achieved only seven months after the creation of the totem.

Jeff Bezos lost $13,000 million of his fortune after Amazon results...