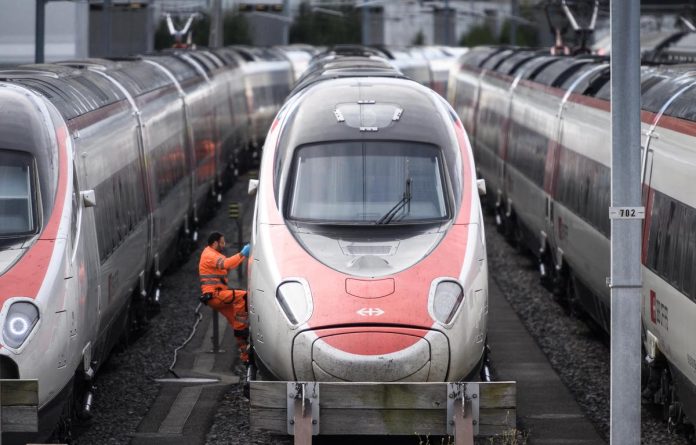 The heads of 24 railway companies claim, in a column published in JDD, a “huge European investment” in favor of railways.

Twenty-four leaders of European railway companies, including Swiss Federal Railways (SBB) Director General Jean-Pierre Varando, want to work together to “improve the attractiveness of railways everywhere on the continent”, calling for a “huge European investment” to establish a “charter rail” New European iron.

“The train is the most environmentally responsible motorized mode of transportation,” the leaders at platform It was published in France in the “Journal du Dimanche”, lamenting that “the share of railways in passenger and freight transport is still very low.”

They wrote ahead of the “European Rail Summit” that should meet on Monday at SNCF headquarters in France. They promise improved customer experience, greener and recyclable trains, efforts to innovate and more diversified employment, and make way for women and youth.

“This agreement is ambitious: we will only succeed together,” despite the differences and competition between their companies, they claimed. With a “common goal: to increase the share of railways in transport and thus contribute to achieving climate neutrality by 2050”. We need member states and the European Union. We call on them to uphold this compact by committing to setting clear, stereotypical change goals at the national level, the leaders insist.

New resources are needed to improve the financing of the rail and public transport system. To invest more intensively in the modernization of railway networks, increasing their capacity and interoperability, to modernize railway cars, we need the means.” They also called on Brussels and member states to “strengthen the rules of fair competition between modes of transport”, particularly taking into account their environmental footprint.

Did you find an error? Please inform us.

See also  Uber offers health insurance to its drivers, but then it was 'corrected'

These are the first leaked images of the car that Ferrari...