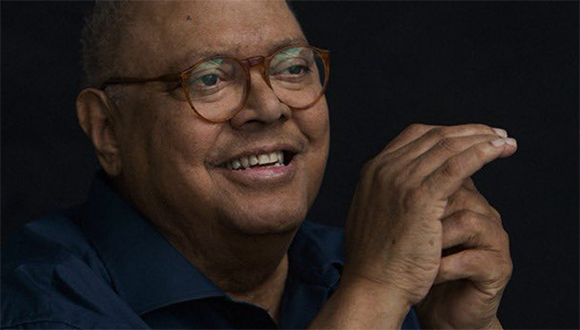 At his concerts on the Días de Luz tour, Pablo sang some of his recent compositions along with classics from his group. Photo: Taken from milanespablo.com.

As part of the Días de Luz tour, which he is currently touring in theaters in Spain and which has also taken him to theaters in the United States, Pablo Milanés will perform on June 21 at Sala Avellaneda at the National Theater, in Havana, the singer-songwriter reported on social media.

With the announcement of the concert, the Cuban and international songwriter performed classics such as YolandaAnd the to live y The short space I’m not in He returns to the Cuban stages after two years of absence.

His last performances were a concert in 2018 at the Karl Marx Theater dedicated to 500 years of Havana, and then at the end of 2019, a concert with his daughter Heidi at the National Museum of Fine Arts.

Pablo, 79 years old and the author of more than 400 songs and fifty albums throughout his six-decade career, is one of the most recognized figures in Latin American songs and one of the standards of the Cuban Nueva Trova movement. Like Silvio Rodriguez, Noel Nicola, Vicente Velic and Sara Gonzalez.

On its official website, regarding the Días de Luz tour, it reads that it is “a theatrical performance in an intimate, reflective format with which you want to open a new horizon, so necessary in these times, based on a reflection that is more spiritual and at the same time hopeful”.

Pablo, with some of the most intimate and poetic lyrics and one of the best song sounds in Spanish, has tackled a variety of Cuban and American music genres, from tradition to modernity and from philan to new song. Jazz, Rumba, Son and Bolero.

(With information from EFE and milanespablo.com)