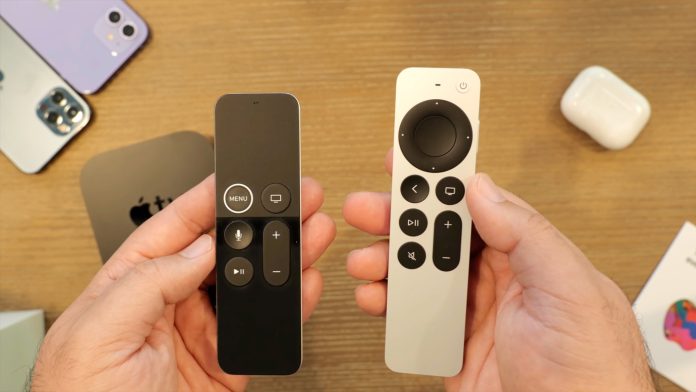 What if the Apple TV remote control came with Touch ID? This is what Apple envisioned based on A recent patent obtained by the brand. There is also a question about the remote control for home automation.

The idea presented in the patent is that the remote control, which can be used in an Apple TV or home automation, will contain one or two Touch ID fingerprint sensors. This will authenticate purchases on your Apple TV, control secure HomeKit accessories, and more.

An electronic device with at least one operational parameter, such as the power parameter, with at least a first state and at least a second state. The electronic device may also include an access controller that can receive status and authorization data from an external source such as a remote control. The access controller may activate an operational parameter state upon receipt of appropriate authorization data received or associated with the output of at least one biometric sensor associated with the remote control.

You should not be surprised by the choice of wording of the sentences. Patents, regardless of brand, always contain ambiguous terms. In particular, this is a way of not revealing too much about future projects.

Like any patent, it is unclear whether Apple will actually use it in the future. The idea would be interesting in any case to quickly verify the authenticity of purchases on the Apple TV or allow control of a specific device at home.