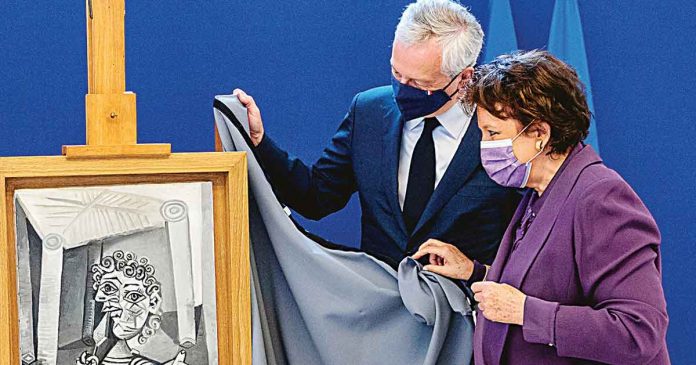 Mexico City. Nine works by the Spanish painter Pablo Picasso (1881-1973) And his daughter, Maya, donated them to France yesterday, in the third transfer of paintings by the artist since the establishment of the Picasso Museum in Paris.

Among the works are a portrait of Picasso’s father, from 1895, and Boy holding a lollipop sitting under a chairpainted shortly after Guernica, in 1938.

in a Picasso Museum in ParisRoselyn Bachelot, the French Minister of Culture, noted that this legacy, the first since 1990: is an “exceptional donation.”

Business contributes to maintaining Picasso Museum in Paris As the largest repository of the painter’s works from Malaga, with more than five thousand pieces, including 300 paintings and 200 thousand documents and objects.

Maya Ruiz Picasso (86), daughter of Picasso and Marie-Therese Walter, was represented for health reasons by her two children Diana and Olivier at the event, which was also attended by the French Economy Minister, Bruno Le Maire.

The Vuitton Foundation, in Paris, France, is presenting on Wednesday an exhibition that has been postponed three times due to Covid-19, the art collection of the Russian Morozov brothers, with sculptures, paintings and portraits by Van Gogh, Gauguin, Renoir, Cézanne and Matisse, among others.

Brothers Mikhail and Ivan Morozov were born in 1870 and 1871 respectively into a family of textile makers of Serbian origin.