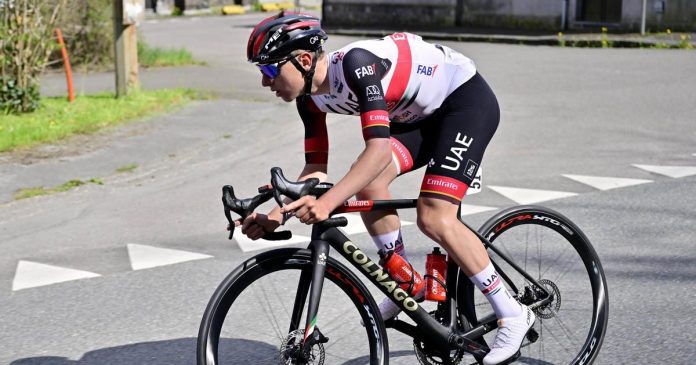 Slovenian Tadej Pogakar on Friday won the third stage of the Tour of Slovenia, a length of 144.6 km between Zalek and Celje and a favorite of climbers, ahead of his Polish teammate Rafal Majka. “We had a perfect race despite some complicationsThe Tour de France double winner was stuck on arrival, according to comments reported by STA news agency.

The road was very slippery due to heavy rain during the race, which made the descent difficult. “It was like a skating rink. This is why we drive with Majka so carefully“Welcome to the mobilization of onlookers on the side of the road,” Pujacar explained.Despite the bad weatherThanks to this victory, the 23-year-old champ tops the general classification. He competed four times in the Tour of Slovenia which he won last year. Pogacar sees this competition in five good stages.”Repetition» Ahead of the Grand Bouclay, which will start on July 1 from Copenhagen and arrive on July 24 in Paris.