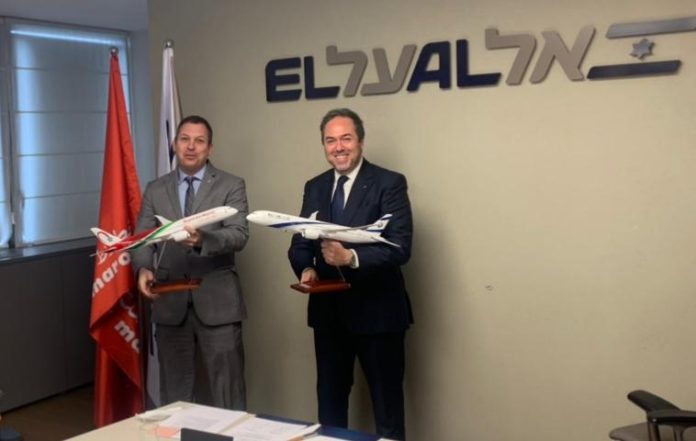 The national company Royal Air Morocco and Israeli carrier El Al Israel Airlines signed a code-share agreement (codeshare) during a ceremony between Tel Aviv, Casablanca and Tel Aviv on the sidelines of Royal Air Morocco’s inaugural flight on Monday. . In a statement, RAM said the ceremony was hosted by its CEO Hamid Ado and Israeli CEO Avigal Sorek.

“Code sharing, effective today, will include direct flights between Morocco and Israel operated by two companies between Morocco and Israel,” the statement said. He explains that he plans regular flights connecting El Al Tel Aviv and Marrakesh at a rate of three cycles per week, while RAM has opened its new direct flight route from Casablanca to Tel Aviv for the first time at four frequencies. Five flights a week.

“This agreement will enable customers of both companies to be offered additional options based on schedules and the connection between Marrakesh, Casablanca and Tel-Aviv, and will connect both companies’ networks with more fluid connections. Two-end passenger and package check-in” The first milestone in cooperation “.

“We are pleased to conclude this important partnership with EL AL, which will contribute to strengthening our traffic and enabling us to provide additional connectivity to our passengers as well as optimal connections and better customer travel. Activities of, ”said Hamid Adov.