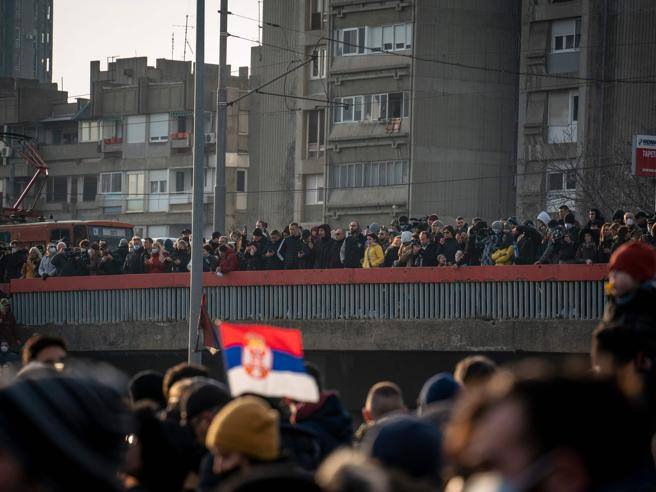 After weeks of protests, in which the tennis player also participated, the government was forced to abandon the huge (highly polluted) project to exploit a lithium mine 130 kilometers from Belgrade.

Not even Superman with kryptonite. Not even he would have resisted. leave him alone Aleksandar Vucic. To his annoyance, for several months now, he is painted on the walls of Belgrade in a red cloak and “S” shield: a superhero capable of surviving his past as the bearer of dictator Milosevic; Clark Kent is able to become President of Serbia; Cartoon tyrant is now grappling with kryptonite and its most dangerous challenges.

Vucic held out for a while. But in the end he had to give up. Protests, roadblocks and eventually fluorescent metal. give up. Stop the huge project to exploit the largest lithium mine, or better than jadarite: A special new silicate of lithium and boron was discovered in 2006 along the Serbian Jadar River, which in all respects resembles in its properties the fictional kryptonite of Superman. No environmental speculation. No profit for the skin of the citizens. Jadartite will remain where it is now, underground.

He tried, an error occurred. The local municipality of Luzhnica, 130 kilometers from Belgrade, yesterday rejected Vucic and its remediation plan. Too many risks:Extracting jadarite means that the rivers in the region are polluted with arsenic And it causes cancer – residents say -. Peasants are being chased to fill berry crops and beehives with sulfuric acid, with which we have always lived.” Every Saturday and for months, in Belgrade and other cities, people have been taking to the streets To demand Vucic reverse, stop walking and collide with the police. At first, the president accused “those so-called ecologists who are funded by foreign governments” of defeatism, noting that the investment would create thousands of jobs and 600 million euros annually for the next half century. But when academics and idols from the masses joined the protests like Novak Djokovic – The Serbian tennis champ, who is often close to nationalist positions in government, wrote in a post that “clean air, water and food are the key to our health, and without them it makes no sense to talk about health” – at which point Vucic had succumbed to jadarite-kryptonite and withdrew plans Mining.

The question is not closed, however. Because the demonstrations against the mine also turned into a political protest against Vucic’s corrupt “regime”. And we want to understand why the exploitation of jaderite was contracted to the Anglo-Australian company Rio Tinto, a multinational that for 150 years and in 35 countries – from Papua New Guinea to Australia – has been accused of violating human rights so much. , as far as the environment. $2.5 billion deal He is so greedy that he cannot stop at “no” village. Jedar is one of the largest deposits of lithium in the world, 136 million tons, with an estimated value of 200 billion euros, and is indispensable for a hugely expanding sector such as batteries for electric cars and mobile phones. The Luzhnica mine alone can cover 10 percent of the world’s needs. “In April there will be a vote – Supervucic promises – and the Serbs will say which side they are on.” As if to say: Certainly it will not be Kryptonite that will destroy me.