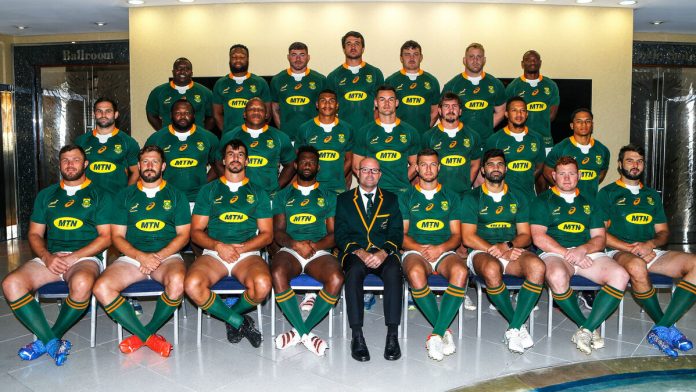 There is no doubt that South Africa will carry their legs a little heavy on Saturday at the end of their game against Wales in Cardiff. They had an action packed night from Friday to Saturday. The luxurious Hilton in the Welsh capital is in the middle of the city, and the hotel’s fire alarm has woken twice world rugby champions.

The first sounds are at 4 o’clock. All hotel guests who have woken up from the start must evacuate the building. Springboks players and staff are clearly no exception. They find themselves in their pajamas in the middle of the night on the sidewalk without knowing what’s going on. In Cardiff, on the 4th of November, the nights are cool. Patrons recognize her at a nearby nightclub, but not the time to take selfies. After twenty minutes, everyone has the right to return to their room with a false alarm.

Apparently, the Boks were evacuated from their hotel early this morning? Wales will do everything to keep Cardiff’s latest record intact pic.twitter.com/4fja5XoO4Y

But the South Africans were barely able to sleep again when a second fire alarm went off throughout the hotel. This time, it was 7.15 a.m., and everyone went up the stairs again, heading to the sidewalk that was barely lit by the first lights of day. This time again, the Springboks wait 20 minutes in the cold before heading back to their room. Once again, a false alarm. It would not be wrong to think that a Wales fan enjoyed angering the South Africans.

The story does not mention whether they were able to fall asleep again after this second awakening with Onset. They should have found some freshness before kick-off, this Saturday at 6:30 p.m. South Africa wants to win Cardiff for the first time since 2013. The Welshman, winners of the last Six Nations Championship, are hoping for revenge after their 2019 World Cup semi-final defeat to future world champions.