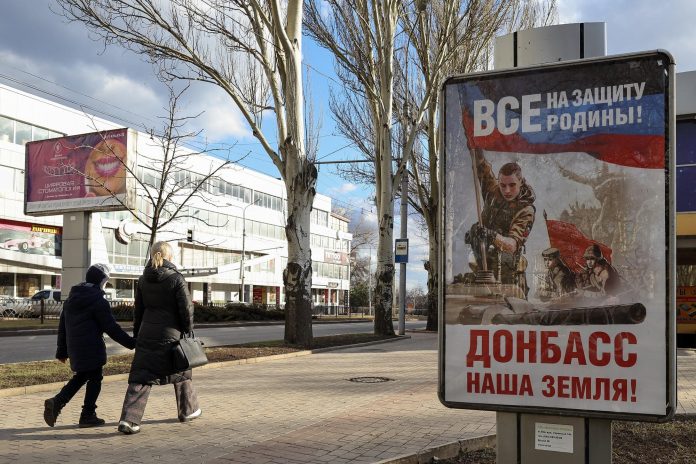 Russia announced the annexation of the lands stolen from Ukraine after the “farce” referendums that were not recognized by the international community. The the border The areas are not clear, the Kremlin admits. According to the spokesman Dmitry Peskov, the self-declared republics of Donetsk and Luhansk are part of Russia within the borders of 2014. However, in the Kherson and Zaporozhye regions, the border issue will be resolved in the context of another confrontation with the population. . In response to a question by journalists, Interfax reported that Peskov did not break the contract.

“In Kherson and Juborgy, we will continue to consult with the population” on the border, Peskov said. Asked whether the areas of these areas under the control of Kyiv are considered Russian by the Kremlin, the spokesman replied: “I have nothing to add now.”

When asked how the border residents will be consulted, Peskov said he could not answer but everything would depend on the will of the residents of the regions. Even the new territorial annexation law that Russian President Vladimir Putin will sign will not clarify the boundaries: Peskov said he believes that “the wording will remain the same.”

On the same day, the State Duma unanimously approved the annexations. But he did it with four “strange” sounds. A scoreboard with the results of four different votes (one for each district) in the House of Representatives gave the numbers. Although there were no votes against or abstention, each of the four votes gave different results.

The Donetsk and Luhansk people’s republics included, respectively 413 and 412 votes in favor. It included 409 and 411 Zaporizhzhya and Kherson regions. To further complicate matters, the Agentsvo news site reports that 408 deputies were present in the hall today. Thus, it means that in all four votes, there were more votes in favor than those made by MEPs. The speaker of the State Duma, Vyacheslav Volodin, attributed the discrepancy to a “technical malfunction”, and urged everyone not to worry “about voting more or voting less.”