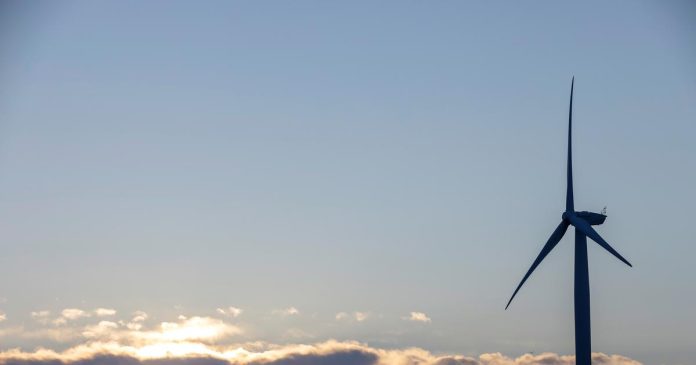 Siemens Gamesa on Wednesday announced the commissioning of a wind turbine plant in Le Havre, which is supposed to equip a large part of the marine parks currently planned in France and eventually employ 750 people.

“The largest industrial renewable energy project in France”the plant has begun to go into production and plans to gradually increase, so that it can supply blades and tubes to the parks Fécamp (carried by Iberdrola) and Saint-Brieuc (EDF) in this first year, the German-Spanish group announced.

The site, located in the port of Le Havre, employs 500 people, who will be recruited throughout the year to bring the total to 750 by 2023, Filippo Simitan, president of Siemens Gamesa, told AFP.

Components for ball bearings, which are produced by subcontractors in Europe and elsewhere, will be assembled there. The blades will also be made there, shaped and heated in one piece in the factory. The equipment will then be stored next to it, in a specially designed area, explains the group, who notes “The world’s first manufacturer of marine hoodies and blades to be assembled together on the same site.”

The amount of the investment was not disclosed. In Great Britain, a factory that produced only the blades represented an investment of £200 million (€236 million). The port of Le Havre introduced the building.