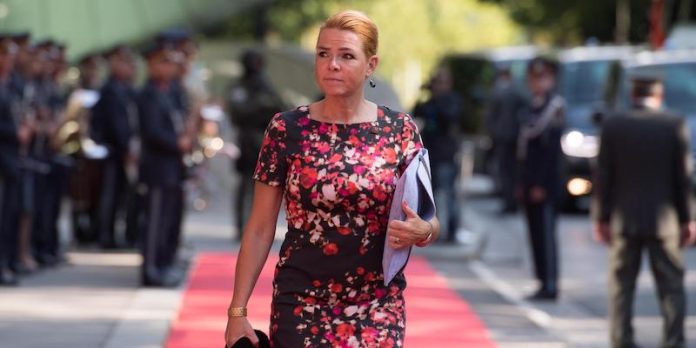 The Supreme Court of Denmark He was sentenced to 60 days in prison Former Immigration and Integration Minister Inger Stojberg was found guilty of forcibly separating more than 20 young men married to refugees or asylum seekers in 2016. The ruling could threaten the political life of Stojberg, who is 48 and was one of the candidates appointed as leader of Finster, a liberal-oriented party And it came after a rare and historic process of removing a Danish political official from his position, the first in the past thirty years and the sixth in the history of Denmark.

Stojberg was a minister from 2015 to 2019, during the liberal government of Prime Minister Lars Lok Rasmussen, with the support of the right-wing and hardline Danish People’s Party on immigration. During his tenure, Stojberg adopted very strict immigration policies and imposed various new restrictions on asylum seekers and refugees. Among them, which came into effect in February 2016, forced 23 married minors to live separately from their spouses. The rule was canceled a few months later. A 17-year-old pregnant woman was also forced to remain separated from her husband.

Stojeberg resigned as Venstre’s deputy leader last February after some party lawmakers voted to impeach her. However, he refused the charges against him, arguing The law protects underage girls from marriages that occurred before the age of majority. She is currently an independent member of the Danish Parliament, and will now have to vote to decide whether she can continue to be a member.

Among other controversial immigration regulations introduced during his tenure, there was also Confiscation of immigrant propertyThey had to leave assets and jewelry worth over €1,300 to the state to contribute to their maintenance and bureaucratic costs of seeking asylum.