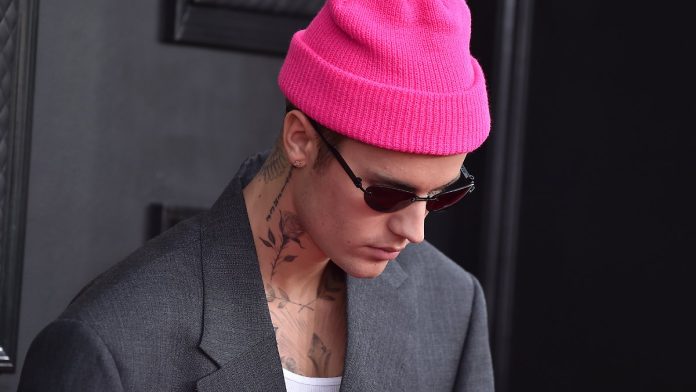 First, Justin Bieber canceled a series of concerts. A few days later, the singer went on to explain with dismay: he could no longer move the right half of his face.

Canadian pop star Justin Bieber released a video a few days after canceling his concerts to inform fans that he has facial paralysis. The singer posted a nearly three-minute video to Instagram on Friday afternoon, discussing his diagnosis with Ramsay Hunt syndrome. The 28-year-old explained that it is a viral disease that attacks the nerves in his ear and face.

“You see, that eye can’t blink,” says the Grammy Award winner, his right eye staring into the camera while his left eye staring. Bieber explained that he also couldn’t laugh or move his nose to that side. He pulls the corner of his mouth on the left side. “This is very serious stuff, you see,” Bieber told his fans. He had to take a break and protect his body. He also performs exercises to restore his natural facial features. There was no timetable for returning to the stage.

Bieber’s Instagram account has received many good wishes from fans and peers, including celebrities such as Diane Keaton, Patrick Schwarzenegger, DJ Khaled, Finneas and Romeo Beckham. Bieber has postponed several concerts of his “Justice Tour” on Tuesday. He said in an Instagram story that he is acting on his doctor’s instructions, but without talking about his diagnosis. Recently, the singer canceled two concert dates in Las Vegas in February due to a positive Covid test.

See also  Photo of Celine Dion in Mourning: Her moving tribute to singer Michelle Louvain who passed away at the age of 83