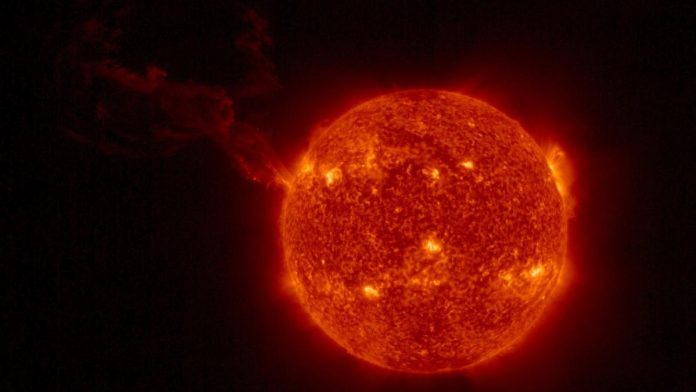 No spacecraft has approached the sun before. Scientists hope to obtain new data about the Sun and its magnetic field from the “solar module”.

The space probe “Solar Orbiter” has reached the point closest to the Sun in its journey through space, which has already taken two years. It approached the Sun at an altitude of about 48 million km, according to the European Space Agency, ESA.

This is less than a third of the distance between the Earth and the Sun. The “solar orbit” is closer to the center of the solar system than any spacecraft before it. The mission should yield new images of the star.

Solar Orbiter is a 1.5 billion euro mission by the European Space Agency and NASA. There are ten scientific instruments on board the 1.8-ton orbiter. Researchers hope to gain new insights into the sun and its magnetic field. Not only do the instruments measure electromagnetic fields and solar particles streaming around the space probe, but they can also look at the Sun itself from a very close distance for the first time.

In early June 2020, the probe flew to a distance of 77 million kilometers from the Sun and took pictures of the mysterious “camp fires” on the star. Solar Orbiter’s current elliptical orbit will change slightly over the next three years: the spacecraft will reach its closest point to the Sun every six months. During the next pass, scheduled for October, the space probe will fly within 42 million kilometers from the sun.