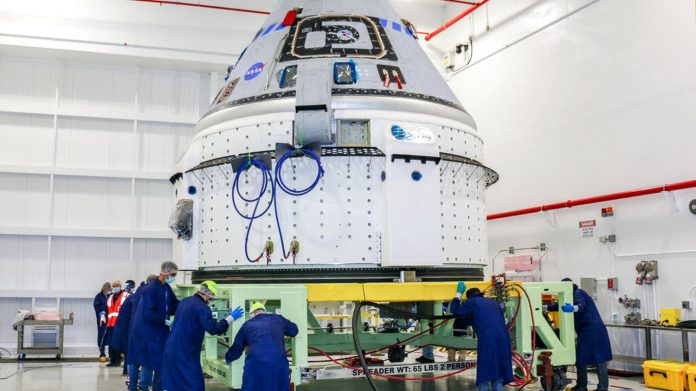 The capsule should be one of the two, along with a capsule SpaceX, to allow NASA To transport astronauts to the International Space Station again from American soil.

The American company said Friday, August 13, that Boeing’s Starliner space capsule will have to return to the factory for repair. The latter’s launch to the International Space Station last week had to be canceled due to problems discovered in the propulsion system.

This new setback is delaying this crucial test flight for Boeing and NASA for at least several months. Boeing said in a statement that the capsule must be removed from the top of the Atlas 5 rocket and returned to the Kennedy Center plant in Florida (US) for inspection.

The capsule was to be one of two, along with SpaceX, to once again allow NASA to direct its astronauts to the International Space Station from American soil. Since the space shuttles closed in 2011, the space agency has already relied on Russian rockets. If SpaceX has already sent at least a dozen astronauts to the International Space Station, including Frenchman Thomas Pesquet, Boeing will still have to pass its first unmanned test flight, which should prove that the capsule is safe.

It’s probably ‘It’s too early to say’ Whether this unmanned test flight could be made this year, John Vollmer, vice president and director of Boeing’s Commercial Aviation Program, told a news conference. This test flight was first attempted in 2019, but then came close to disaster, due to a software issue.