Persia Digest
Home sport SWEPSTAKES – With the title of the father of the country in... 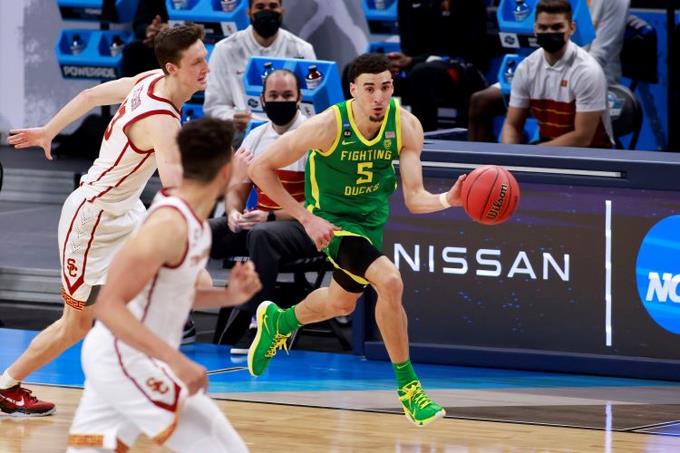 Regarded as a 24-year-old “older man” with a nickname reminiscent of the father of the country, Chris Duarte is just hours away from having his name, officially, next to the acronym every young basketball player wants: the NBA.

This Thursday, starting at 8 p.m. at the Barclays Center in Brooklyn, New York, the Puerto Plata-born Dominican will hear his name come from the lips of NBA Commissioner Adam Silver, and will take the podium and shake hands as an official welcome to the popular hoop and ball league.

And it is that Duarte was one of the guests of the “Green Room”, which is nothing more than a gathering place for talents and which, by world standards, is expected to be elected among the first eligible talents in the junior lottery. .

Duarte, a 6-6-tall guard, won the Jerry West Award for Best Runner-up (shooting defense) last season of NCAA college basketball as he made it to the Elite Eight round with the Ducks of Oregon.

And his performance was so great that many teams are willing to ignore his age – when the majority are between 19 and 21 – to take on his services because they consider him ready to contribute on both sides of the field.

Expectations put his name to be distinguished between positions 14-21 with Golden State (14), Washington (15) and the Knicks (19 and 21) as his safest destinations.

After not attending regularly performed exams on prospective clients—on the grounds that some of the team assured him they would pick him—finally two days before, he undertook private training with the Warriors along with the other applicants.

He has been compared to John Starks, who played the All-Star Game, but is best remembered for his bad attacking night with the Knicks in Game Seven of the 1994 Final against the Houston Rockets.

As strengths he is noted as a talented and natural scorer, an elite trio player who combines penetrations and long shots, a stubborn defender who is energetic and fast with his hands and challenges opponents well. It has the right size and weight for a defensive shooter situation, but also sight and handling to act as a secondary guard.

On the other side of the coin, his age (24 years) at which many of the current players were already All-Star members, some lack of sport, his tendency to miss the ball and little influence are cited as weaknesses causing poor attendance rates.

Another Creole
Also on the eligible list is LJ Figueroa, who has trained with several teams, but is not expected, except surprisingly, to be selected by any team.

Harrison leads the White Sox against the Blue Jays in 12...