Persia Digest
Home World Symptoms, survival and treatment. What do we know about the disease... 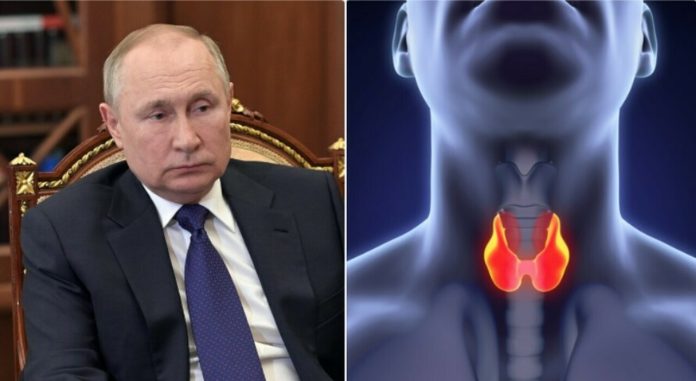 Self Russian President Vladimir Putin really suffer from a thyroid cancerAs the independent Russian newspaper Proekt speculates, this is not yet an established fact. At the moment, we only know that endocrinologist Yevgeny Silivanov, from the Central Clinical Hospital in Moscow, has accompanied the Russian president on his trips at least 35 times in the past four years. Meanwhile, the Kremlin is quick to deny. In fact, if the news is confirmed, it means that President Putin has already undergone an operation and, accordingly, is receiving thyroid hormone replacement therapy.

The only treatment for thyroid tumors, in fact, is surgery only, explains Rocco Bellanton, director of the Center for Endocrine and Metabolic Surgery at Gemelli Polyclinic in Rome, the Italian center with the largest number of thyroid cancer treatments: Here are more than two Over a thousand thyroid gland operations are performed annually, of which more than 500 are malignant. “There are different types of thyroid cancer — fortunately, in most cases, the tumor, even if it is malignant, has an excellent prognosis, that is, it cures in more than 90 percent of cases. However, there are some types of tumors that are Significantly rare and electrolytically unfavorable.”

According to the Italian Society of Medical Oncology (AIOM), thyroid cancer is the most common tumor of the endocrine system (90%) and accounts for 3.8% of all tumors. In 2016, about 15,300 new cases were diagnosed in Italy, 4 percent of all malignancies, and 3 quarters of cases in women. “In general – explains Bellanton – it manifests itself as a lump in the neck or, in a more advanced stage, with difficulty speaking, breathing and swallowing.” However, it is usually asymptomatic, and therefore we go to the doctor when the tumor is in an advanced stage. “In fact, the tests to diagnose it are quite trivial – explains the Gemelli expert – since it is a very superficial organ, located at the base of the neck, a visit and then an ultrasound examination above all is sufficient to allow us to diagnose tumors a few millimeters in size.”

Once identified, there is no other method than the surgical method. In initial cases it is sufficient to remove half of the thyroid gland, but in more advanced cases, the entire organ is removed. It’s hard to know if you have thyroid cancer when it’s asymptomatic. However, there are known risk factors that should lead to regular checkups. “In the meantime – Pelanton identifies – the greatest danger occurs when you are close to radiation. Indeed, with the Chernobyl crisis there was a frightening increase in thyroid cancer throughout the region of Ukraine, Belarus and Russia. To reach an early diagnosis, we recommend screening for all people who have had thyroid problems, those who have been in radioactive areas, or those who have family members with the same problem.” Today, at Gemelli, they are able to remove malignancies that reach Its size is three or 4 mm. “This is a surgery that requires a hospital stay of two or three days – confirms Bellanton – and if it is done by experts it does not have any postoperative problems. The risks are usually associated with the proximity of the thyroid gland to the vocal cords. Thus, a significant decrease in the voice can occur in the postoperative phase.” On the plus side, there is no need for another invasive treatment after surgery.

“This is not a cancer that requires chemotherapy. There is a treatment called Radiometabolic, that is, radioactive iodine is taken to destroy any cells that remain even after surgery. We repeat that it can be cured in more than 90 percent of cases. After surgery, a tablet must be taken, but you have to Finding the right dose, otherwise the patient is at risk of swelling and gaining weight.” However, there are thyroid cancers that do not escape. “So far – explains Bellanton – we have indicated the most common form of thyroid cancer. But then there is a significantly bad form, It quickly leads to an enlarged neck, voice and breathing disorders. It is a rare form, affecting no more than 2 percent of cases. It is a type of tumor that requires chemotherapy, radiotherapy, but the prognosis is quite poor.”

See also  With Analina Burbock, the dream of the Greens for stationery - Corriere.it