Persia Digest
Home Tech Techno – Whatsapp: Soon many phone models will not be able to... 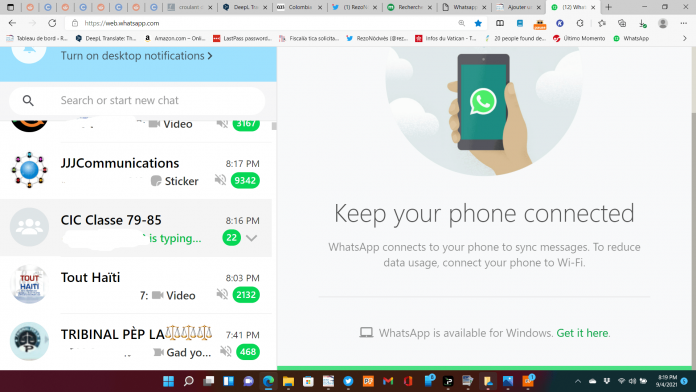 From November 1, some Whatsapp users will be deprived of the app, unless they change their smartphones in the meantime…

This concerns Android models, but also IOS models. Not all smartphones running Android 4.0.4 or earlier will be compatible with the messaging app anymore. It’s the same for iPhones with iOS 9 or earlier, Report sudeninfo.

This change, according to information from the Sun tech newspaper, comes from the fact that Whatsapp has added a lot of new features to its services this year, such as the disappearance of messages or stickers. This phasing out of compatibility with older phones, according to the company, will make the app more secure.