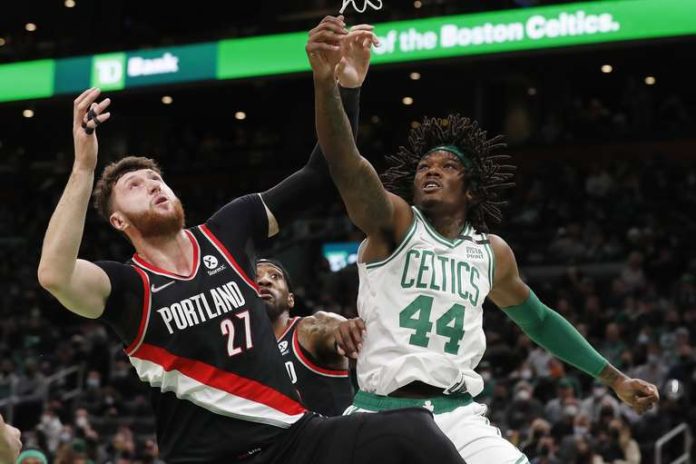 BOSTON (AFP) – Yusuf Nurkic grabbed an offensive rebound before firing in from the right lane 14 seconds from the left as the Portland Trail Blazers beat the Boston Celtics 109-105 on Friday night.

Norkic finished with 29 points and 17 rebounds, and nothing is more important than a backboard dropped after Jason Tatum gave Boston a 104-103 lead with two free throws with 26.8 seconds left.

Anverni Simmons missed the other basket, and Nurkic took the ball and smoothly dribble it from close range. The Blazers sealed victory on the free throw line.

CJ McCollum scored 24 points and Simmons added 21 for Portland, who trailed by 11 points midway through the fourth quarter and won only for the fifth time on the road.

Tatum led Boston with 27 points, 10 rebounds and seven assists. Jaylen Brown added 22 points and Robert Williams thirteenth rebounds. The Celtics couldn’t finish Portland in the fourth quarter and lost for the second time in a row.

Norkic cut 3-pointers with 9:17 from the left leading Boston to 92-89, but Portland did not score again for nearly four minutes as the Celtics scored eight goals in a row. The Blazers scored again at the end when McCollum hit the 3rd with 5:32 left, dragging Portland within 100-92.

The Blazers tied it at 100 with 1:37 remaining when Nasser Little was fumigated by Williams and dumped her. Two free throws from Brown put Boston back by 2, but Robert Covington got his first point of the night with a 3-pointer from the corner 32 seconds left.