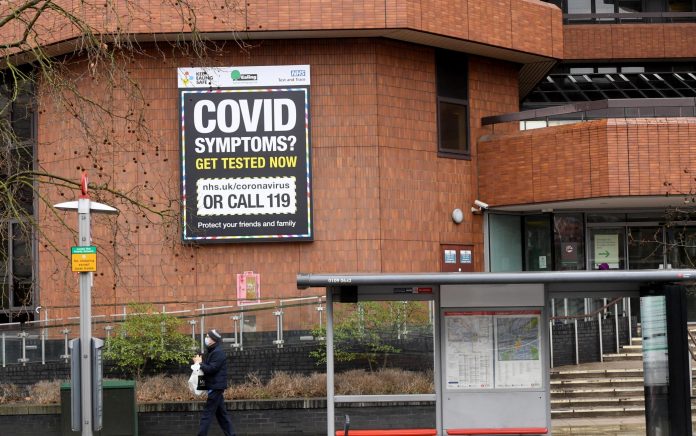 Cases linked to the Indian strain of the virus last week exceeded 3,400, up from 1,133 in the previous seven days. The likelihood is that the mutation will become a prevalent infection. The Boris Johnson government has ordered a further acceleration of the vaccination campaign to defend itself from the increase in infections. The doses administered to British citizens have exceeded 60.5 million

The number of infections related to the Indian form of coronavirus in the United Kingdom increased by more than 160% in the past week. As evidenced by data from PHE – Public Health England, according to which there are 3,424 cases in the country related to the variant, compared to 1,313 cases on Thursday May 13: The likelihood is that the mutation will become the dominant strain. The positive tests for Covid recorded on the island in the week of May 15 were equal to one for every 1,110 residents: still low in absolute terms, but increasing compared to 1 in 1,340 in the previous seven days. However, advances in the vaccination campaign make it possible to rule out anxiety. The number of deaths (3 today, Monday, May 24) and hospital admissions remain registered on the island at this time To European lows.


The vaccines, Pfizer and AstraZeneca are very effective against the Indian variant

The Indian variant (B1617.2) could, according to ONS weekly calculations – the Office for National Statistics – be 10% to 50% more transmissible than the English strain of coronavirus. The Boris Johnson government has ordered to further speed up the vaccination campaign, In particular for the administration of enhancers, to deal with the spread of the variant, especially in light of recent studies that have confirmed the high efficacy of Pfizer and AstraZeneca against the symptoms of infection of the strain originating from India. Updated data as of 23 May counts 60.5 million doses administered to British citizens. The first vaccinated doses increased to 38 million, while the second vaccinated doses were 22.7 million, respectively 72% and 43% of the total population over the age of 16.

See also  A submarine missing in northern Bali with 53 people on board - Corriere.it

The areas most affected

PHE said infection due to the Indian species “continues to occur mainly in the northwest of England, particularly in Bolton and London, but we are seeing case outbreaks across the country. Given the percentage of samples that have been sequenced, we are likely to have more than 11,000 cases.” “As of May 15 due to the Indian variant. With the incidence of B.1.617.2 virus still increasing, it is absolutely imperative that people who live in high-prevalence areas apply for the vaccine. It is our best defense against the spread of this disease.” For the Indian variant, Scottish Prime Minister Nicola Sturgeon extended Alert Level 3 in the Glasgow City area, which – like the rest of the nation – was supposed to drop to Alert Level 2.


Covid, Diasurin: A new molecular test for variants has been developed

Meanwhile, there is another one Variable, which British health authorities recently tracked on 7 people: a strain that apparently originated in Chad and was then identified in Greece, the risk of which is still unknown.