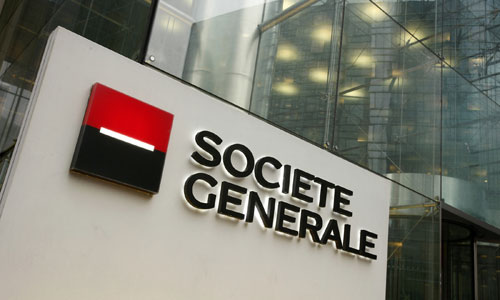 (Boursier.com) – Chief Financial Officer of Societe GeneraleWilliam Kadosh-Chasing will leave the group, Lesikos reported on its website Wednesday night, noting that an official announcement will be made Thursday morning when the French bank’s quarterly results are published.

According to ‘Les Echos’, William Kadosh-Chassing, deputy managing director in charge of finance, will resign in order to join the investment fund. Orazio, who must manage his finances and also join the board of directors, succeeding Philip Audwin, who will retire next April.

At Societe Generale, financial direction should be entrusted to Claire Dumas, the current deputy chief financial officer, Les Equus writes, without identifying its sources. In response to a question by Reuters on Wednesday evening, Societe Generale declined a request for comment. In response to a question from ‘Les Echos’, Eurazeo did not want to comment on the information either.

Engaged in extensive transformation projects. The bank, which is based in La Défense, near Paris, has faced in recent months the departure of several managers, including Zakaria Morsli, IT Director responsible for France’s Societe Generale, Credit du Nord and private banking retail networksWho will join by the end of the year Postal Bank.

Last spring, it was Patron of the Crédit du Nord, Françoise Mercadal Delassales, who was leaving office, in the midst of the merger of networks with the Société Générale.

Please note that the “Rumors” section is intended to replicate the information circulated in the trading rooms. These rumors cannot be verified, so they should be taken with caution.

Bayer Group loses again on appeal in the United States