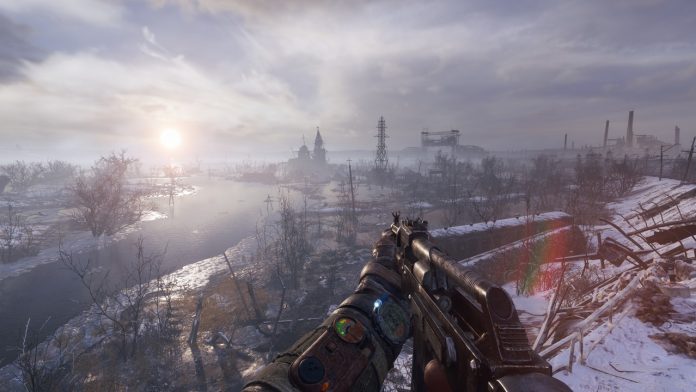 The next generation free update for Metro Exodus is available and the developers are talking about the strengths of the new consoles.

The Enhanced Edition of Metro Exodus is now available for Xbox Series X | S and PlayStation 5. The PC version’s ray tracing capabilities have already received a lot of praise, and now many gamers are wondering if the console version can keep up.

Jonathan Bloch, Executive Producer of 4A Games, and Senior Rendering Programmer Ben Archard did in an interview Reveal more about the strengths of the new hardware, how it simplifies game development and how it works compared to the PC port.

Early to the end of the Xbox One and PlayStation 4 era, ray tracing was a feature that received increasing attention, both from gamers and developers. Thanks to new hardware, ray tracing on consoles has never been easier.

When asked how difficult it is to balance ray tracing and stable frame rate on consoles, Ben Arcard replied that this is possible using a fixed 1080p resolution for consoles. The new generation was more powerful than expected, which made it possible to take on almost all the features of the PC version. The only big change was the reduction in accuracy. Since ray tracing does not capture all objects at the same time, there is no set time for all objects to light up equally. This can have a negative effect on frame rate, so digital upscaling was used. This enables smooth performance with 60fps at the cost of a slightly lower resolution.

According to Archard, the advantage of ray tracing is that the in-game lighting process just got easier. Since the objects are lit like physical objects in the real world, the process is almost self-regulating thanks to the use of ray tracing. In comparison, different light sources must be coordinated for specific lighting effects, which are no longer necessary thanks to ray tracing.

Since ray tracing makes some development easier, the question naturally arises as to whether the time ray tracing provides will result in shorter development times for games in the future. Jonathan Bloch replied that this depends entirely on the different development teams, as many operations do not rely on ray tracing. Even if this doesn’t necessarily guarantee a faster development process, Bloch believes ray tracing still has a lot of good things to offer. For example, designing levels is easier and larger spaces can be completed in less time.

When making comparisons between the performance of a game on consoles and PC, many gamers quickly ask themselves the following question: Is the quality of performance on a console lower than on a PC? Ben Archard confirms that almost all the features from the PC version can be ported to the new consoles without any issues. Surfaces can only be reversed by ray tracing on the controllers. According to Archard, the old procedures are still used for this, otherwise everything should work the same way.

When a question arose about the performance of the improved version on consoles, Archard compared it to high graphics settings on the PC. Of course, this always depends on the PC the game is running on, so a more powerful PC can of course ensure a smoother gaming experience. However, Archard stresses that the experience on different platforms is not significantly different.

Have you already had a chance to test the enhanced version of Metro Exodus?