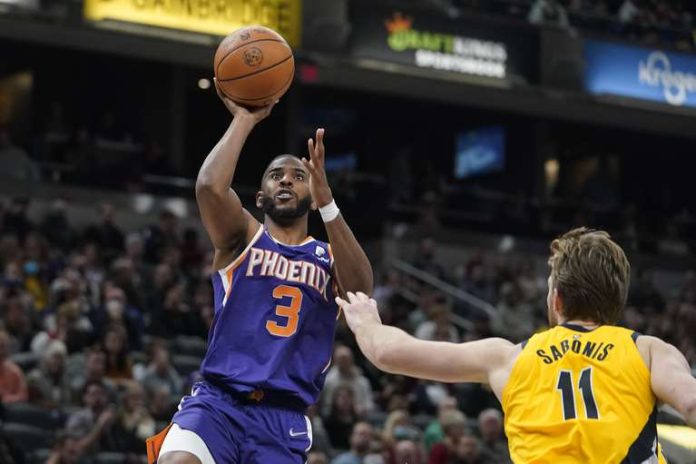 Chris Paul scored 12 points and nine assists for Phoenix, and Cam Payne scored 11 points and five assists. The Suns finished the first half of the season 32-9, the second-best record in franchise history after 41 games.

Justin Holiday scored 25 points with Indiana and Karis Levert 20 points, while Domantas Sabonis scored 14 points and had 14 rebounds. The Pacers have lost for the third time in a row and for the ninth time in their last 10 games.