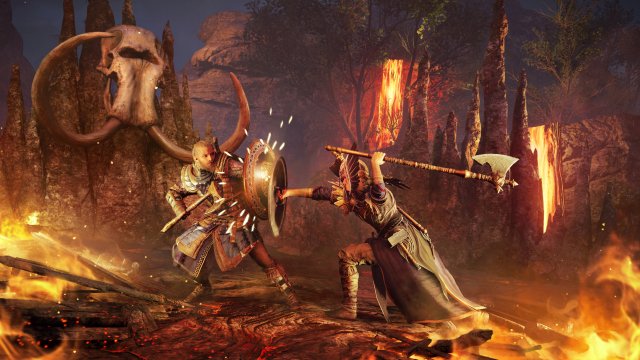 A few days ago, the August 5th date for Assassin’s Creed Valhalla’s second expansion was leaked. As Ubisoft has now officially confirmed, this date is incorrect, but fans can still be happy. The correct date is August 12, just one week later. In the “Siege of Paris,” Ivor and his Viking friends find France to be no surprise.

Celebrate the Sigrblot Festival with Eivor…

But players of the latest Assassins Creed game get even more reasons to pay another visit to the Viking adventure. From July 29, the Sigrblot Festival begins, where you can celebrate the summer with new activities, quests and rewards.

All participants receive 50 opals from Ubisoft, and the first one-handed sword makes its way into the game. The event will then run until August 19. If you want to participate in the Sigrblot Festival, but you must have certain in-game milestones in your pocket: in addition to getting to England and completing one of the first two lines of the story (Grantabrycgscir or Legracæsterscir), your settlement must also be at least a level 2 condition.

Tomorrow, on July 27 at 2 PM German time, update 1.3.0 will follow first, which should lead to a level increase. Five levels of difficulty must be included, and the highest variable is called Nightmare. If Valhalla is challenging enough for you, you can also leave the level running.

See also  Why is the game unreachable? Explanations

The latest version of PS4 and Xbox One is not working...