Persia Digest
Home science The Solar System in a Bubble of Hot Glass: How Did It... 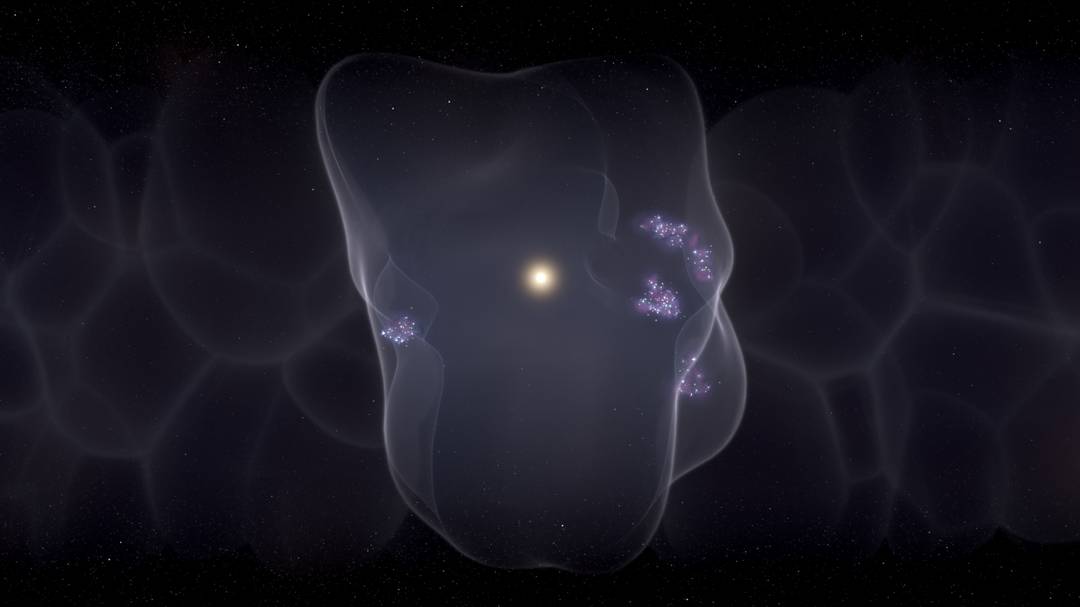 Boston. Our solar system is located roughly in the middle of a thinner gas bubble a thousand light-years wide. Astronomers from the USA and Canada found out how this bubble appeared and how it developed. Accordingly, the force of explosions of numerous stars 14 million years ago created the local bubble – and led to the formation of new stars on its surface. It is likely that there are many similar bubbles in the Milky Way that could play an important role in the evolution of the galaxy, scientists wrote in the journal Nature.

“We’ve known for decades that our solar system lies within a region of hot, dilute gas,” explain Catherine Zucker of Harvard University and her colleagues. “Until now, however, it has not been clear how and when this local bubble formed and how it correlates with the formation of new stars in the Sun’s environment.” Zucker and her team have now succeeded in creating an accurate model of the developing local bladder.

The bladder expands at a speed of seven kilometers per second

As it turns out, almost all star formation regions lie within 500 light-years of the bubble’s surface. And the motion of newly formed stars is always directed outward – for researchers a sign that the bubble is getting bigger. Using the speed of the stars, Zucker and her colleagues calculated that the bubble must have formed about 14 million years ago. “We calculated there must have been about 15 supernova explosions at that time,” Zucker explains. Radiation from these explosions discharged gas into space, resulting in bubble formation.

The pressure of stellar explosions pushes gas together on the expanding surface of the bubble – and this compression can, in turn, lead to the formation of new stars. This process continues to this day: the team identified seven star-forming regions on the bubble’s surface, which are still expanding at a rate of seven kilometers per second. “With this, we can explain for the first time what led to the formation of new stars near the Sun,” Zucker says.

Ten years in one minute: This video shows our sun in time lapse © RND / NASA

The research team suspects more bubbles in the Milky Way

By the way, our Sun is not part of this process: when the first stars in this region exploded, the Sun was still a long way off. The inner bubble of the bubble with its planets in orbit through the Milky Way didn’t break until five million years ago – and it’s now roughly in the middle of this structure. A stroke of luck for astronomers, as this enables them to examine the inner bubble in great detail.

According to astronomers, there are likely to be many similar bubbles in the Milky Way. This is what the team wants to look for now. “Do these bubbles touch? How do they affect each other? How important is their role in star formation in the Milky Way?” Zucker searches for answers to these questions.

See also  These are the most common passwords among the Swiss

Where do aliens see Earth? – Astronomers have identified about...