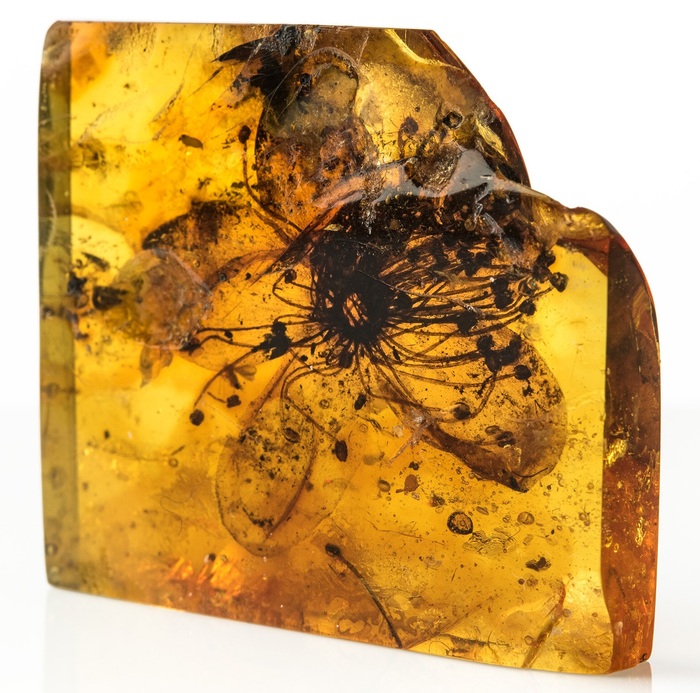 The true identity of the largest fossil flower preserved in amber has been discovered: with a corolla nearly three centimeters in diameter, it bloomed more than 34 million years ago in the Baltic region on a small, now extinct plant belonging to the Symplocaceae family (widespread today in Southeast Asia) and not to the Theaceae have also been postulated for over a century. This is evidenced by the analysis of pollen remaining in the amber, which was analyzed by Eva Maria Sadoski of the Museum of Natural History in Berlin and Christa Charlotte Hoffmann of the University of Vienna. results, published In the journal Scientific Reports, he will help understand the plants that made up the ancient forests of the Baltic Sea in an era, the late Eocene, when the climate in Europe was warm and rainy.

The fossil flower, coming from the largest amber deposit in the world (the Kaliningrad flower), has five petals and is three times larger than the largest fossil amber flower known so far.

The specimen was first described in 1872 as belonging to the species Stewartia kowalewskii (family Theaceae) and dated to the late Eocene (38–34 million years ago).

After 150 years, the two researchers decided to re-examine it, creating new detailed images and analyzing the pollen, which is painstakingly extracted with a scalpel and analyzed with a scanning electron microscope. The results show that for more than a century the flower has been attributed to the wrong species: in fact it would be closely related to the Asian plant genus Symplocos and for this reason the two experts suggested renaming it Symplocos kowalewskii.

This is the oldest fossil evidence of such a type of plant preserved in Baltic amber, but the region’s ancient forests were home to many plant species whose modern descendants are found today only in East and Southeast Asia. Together they formed a diverse ecosystem, consisting of swamps and mixed forests.

From China to the United States: Political manipulation of the origins...