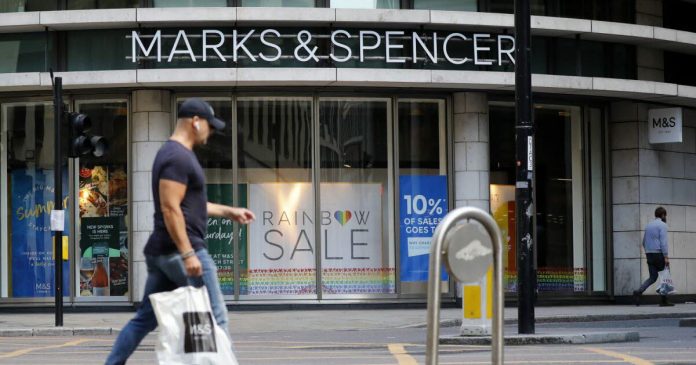 The British supermarket chain Marks & Spencer announced, Thursday, the closure of 11 stores in France “in the coming months”, or more than half of its twenty locations in the country, due to supply problems linked to Britain’s exit from the European Union.

“The lengthy and complex export procedures now in place after the UK’s exit from the European Union severely limit the supply of fresh and chilled products from the UK to Europe and continue to impact the availability of products to our customers” in France, the group justified in a press release.

The statement said that M&S’ partnership with SFH, one of its partners in France, “will end, which will result in the closure of its 11 stores”, mainly located in Paris, by the end of the year. .

It remains open at airports or train stations

However, the nine Marks and Spencer stores owned by Lagardere Travel Retail, the group’s second partner in France, will remain open. These are stores located at airports, train stations or metro stations that will “continue to operate normally”.

“M&S has a long history of serving its customers in France and it was not a decision we took seriously,” Paul Friston, Marks and Spencer’s president internationally, lamented in the press release.

And the group, which experienced a long decline, announced at the end of August a jump in its sales of food and clothing, considering it a “clear confirmation of the beneficial effects” of the restructuring plan launched more than a year ago due to the pandemic.

In particular, he closed stores, announced the abolition of 7,000 jobs and focused on online sales, in order to stem the decline in attendance and adapt to new consumption patterns.

Ransomware attack on publisher Kaseya threatens businesses around the world