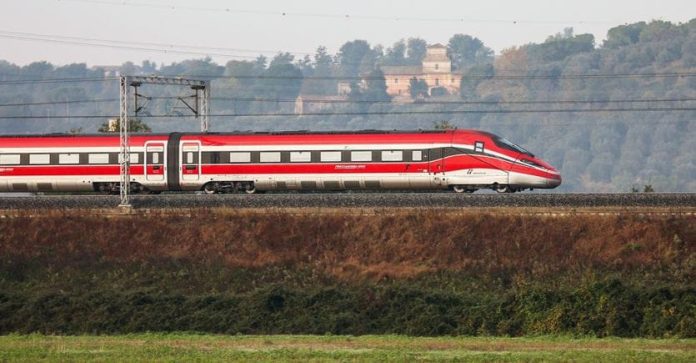 After France it is time for Spain. The Frecciarossa 1000, flagship of the Trenitalia fleet (FS Italiane Group), is heading straight to Madrid where it will challenge the French hosts Renfe and Sncf some time ago on the high-speed Iberian tracks. . In these hours, the Frecciarossa test begins on the Madrid-Barcelona railway, the last stage before the final homologation of the train. This will enable the file IrioThis is the brand Trenitalia will travel with to Spain, offering passengers a new high-speed offering by 2022, with ticket sales releasing between September and October.

The first step in France

If a good day begins in the morning, or from the first appearance in December 2021 of Frecciarossa in France, a process that has so far exceeded the most optimistic forecasts of the volume of passengers carried along the international route Milan – Turin – Lyon – Paris and the internal route Paris-Lyon, then landing Trenitalia in Spain can give a lot of satisfaction to the FS group. The export of the Italian high-speed model to Europe, revised in the years of competition with Italo, is one of the strategic goals of FS. It is no coincidence that the top management of FS more and more often talks about the company as a “multi-home company”.

The project launched by Trenitalia in Spain aspires to encourage more and more people to choose the train for their journeys, in line with European goals in terms of sustainability. Iryo will initially unite Madrid, Barcelona, ​​Malaga, Cordoba, Valencia, Alicante and Zaragoza, and then expand to other cities. The caravan carrying out technical tests is one of 20 new caravan Frecciarossa 1000s built by Hitachi in Italian factories (the main caravan is the Pistoia caravan), with the same characteristics that are traded in Italy. The train is almost completely recyclable and allows to save 80% of the carbon dioxide for each passenger in each direction, and for these reasons, it has received an environmental impact certificate.

See also  Russian oil "there is a loss". Alarm about the Druzhba oil pipeline in Poland - Libero Quotidiano

The Indonesian parliament has approved the law that mandates the relocation...

A half-naked woman gets out of the truck. The driver...