Persia Digest
Home World Trucks loaded with stones and the army deployed.. What is happening on... 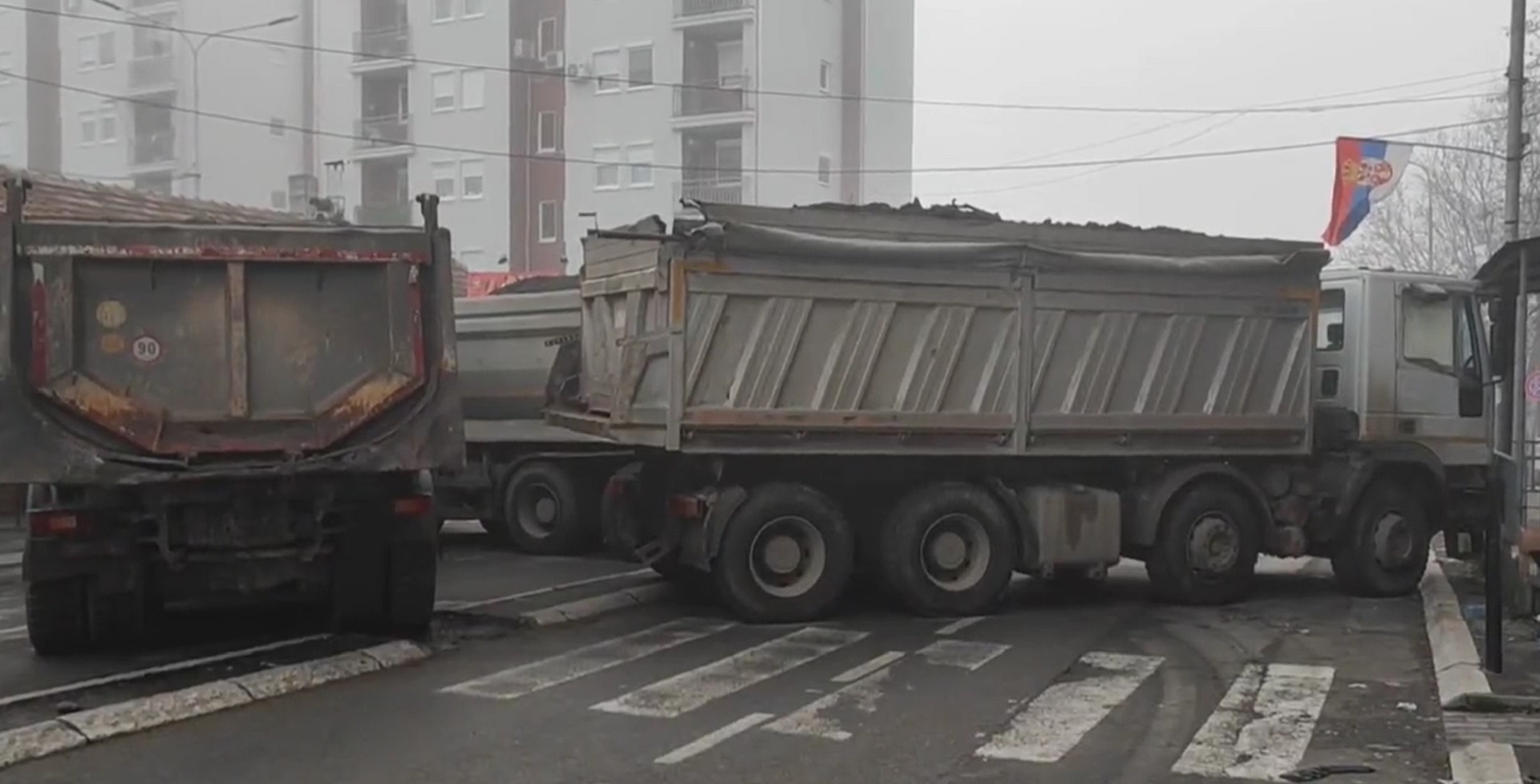 Barrier trucks loaded with stones and sand. This is what appeared on the night of December 26-27 at the border between Serbia and Kosovo. This was reported by the Serbian Radio and Television RTS. to me north of Mitrovica, the barrier was erected on the new bridge leading to the northern part of the city to the main road Mitrovica – Raska. «The first to be installed in the city center, on Knjaza Milosa Street». Northern Serbs Kosovo I am on the eighteenth day of protest, in the atmosphere of Voltage which shows no sign of diminishing. After the Kosovo police arrested a former Serbian policeman on December 10, J. Serbian citizens protest Living in northern Kosovo intensified day by day. There is no small alarm clock inside United nations And the European Union. Which, more than twenty years after the end of the last conflict in BalkansNow fear again escalation.

When will we remove the barrier? Pristina You will release Dejan Pantic, Milian Adzic and Sultan Trajkovic. And when the special police forces withdraw from the north,” the demonstrators explained, citing the names of former Kosovo police officers who were involved in the mass deinstitutionalization and arrests soon after. In early November, hundreds of Serbian police officers integrated into the Kosovo Police, judges, prosecutors and other public officials left their posts en masse in protest of the decision, Now suspended by Pristina government, to ban the use of license plates issued by Serbia to Serbs living in Kosovo. The capture of Pantek then precipitated the situation.

“The Serbian army is ready to fight”

The Serbian Minister of Defense said that “the President of Serbia has ordered the Serbian army to remain in maximum combat readiness, that is, at the level of the use of armed force.” Milos Vucevic a few hours ago. Meanwhile, General Milan Mojcelovic, the commander of the Serbian armies, announced that he had been sent by the Serbian president. Alexander Vucic on the border with Kosovo. Vucevic also specified that the Head of State ordered the strengthening of the existing Serbian military presence 1500 soldiers a 5000 items. Serbia does not recognize the independence of its former southern province, which is now overwhelmingly Albanian, which it declared in 2008.

That’s why it encourages 120 thousand Serbs Kosovo to challenge the local authorities. At a time when Pristina wants to assert its sovereignty over its entire territory. The barrier reported by RTS is one of many erected so far since December 10th. Meanwhile, the media in Pristina reported the presence of a patrol of NATO peacekeepers in Kosovo (infidels) in the fire zone. A few hours later, Kosovar Interior Minister Çelal Svekla spoke of an attack on KFOR itself. To confirm the investigation opened by the patrol Boy about a shooting incident on December 25. “There were no injuries or material damage,” Kafour said in a statement.