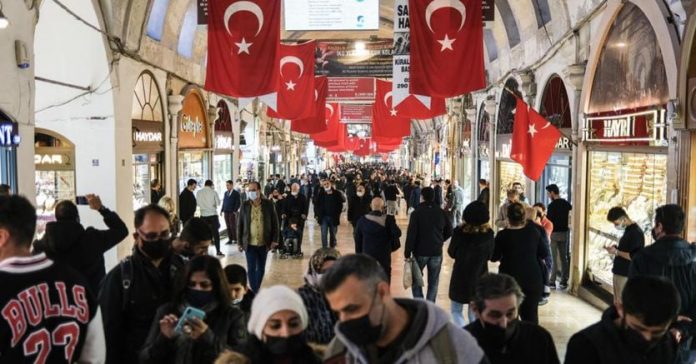 Today, however, may be the last rate cut. Indeed, the Monetary Policy Committee has announced that it will consider ending the cuts next month.

The Turkish economy has a structural deficit in the trade balance and current account, so the depreciation of the lira makes imported goods more and more expensive, which in turn leads to increased inflation in a vicious circle.

In October, prices were up 19.6% year over year and 2.4% more than the previous month. The largest increases were observed in the food sector at an annual rate of +27.4%.

According to the Central Bank, the current account deficit is expected to range between 15 and 17 billion dollars this year. However, in the past two months, the current account has been positive thanks to a rebound in exports and tourism. The progress has been paid dearly by citizens, who in recent months have seen their purchasing power drastically decline.

According to estimates by the European Bank for Reconstruction and Development, after a period of two years of low growth in 2019-2020, the Turkish economy will grow by 9% this year, supported by the recovery of exports and tourism, but the “confused” policy approach of the Central Bank and high inflation could jeopardize the recovery .

“The referendum on the veil in the constitution”: Erdogan’s “Islamic” move