Persia Digest
Home World UK, more than a million at home between pros and in quarantine.... 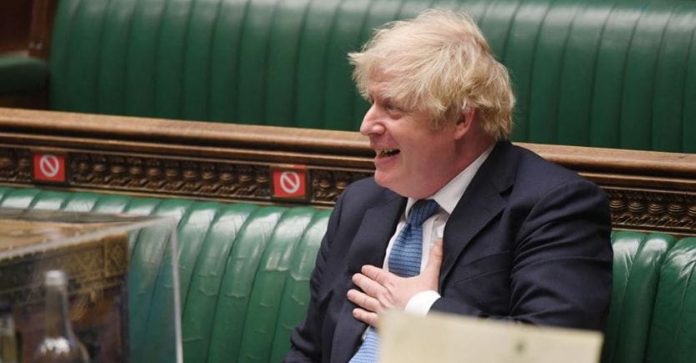 LONDON – There is greater concern than enthusiasm in Great Britain in light of the so-called “Freedom Day” on Monday 19, when, by order of the Government, most restrictions will be eased and there will be no commitment to social distancing or mask-wearing.
The fear is that a return to “freedom” could further exacerbate an already deteriorating situation.

According to the latest data from the Office for National Statistics (Ons), infections have continued to increase and 650,000 people in England are now infected with the virus – one in every 95, compared to one in every 160 last week. The delta variant, which is considered more contagious, accounts for 99% of cases, and is at its highest level since February. Chris Whitty, chief medical officer and government adviser, urged Britons this morning to be vigilant, calling them ‘fear’. The data on hospital admissions, which continues to increase, doubles every three weeks. According to a study by King’s College, half of those newly infected are people who have received at least one dose of the vaccine and have mild symptoms.

The identity of the injured

Official data from Public Health England shows that a single dose of AstraZeneca or Pfizer reduces the risk of infection by 35% and the risk of ending up in hospital by 80%, while two doses reduce the risk of infection by 80% and becoming seriously ill. 96% in the case of Pfizer and 92% in the case of AZ. Most of the new infections involve young people under the age of 25 who have mild symptoms, but who infect others. For this reason, centers where the free test is being administered have been boosted across the country, and the government has encouraged everyone to get tested and download the NHS app.

See also  A man shoots and kills his girlfriend on the street, runs over and slaughters her in the car

More than half a million in self-isolation

However, there are also disagreements about the application. Businesses and employers in all sectors have sounded the alarm about the massive rise in the number of people being forced into isolation. The NHS app sends an alert to anyone who has been in contact with someone who has subsequently tested positive. Those who receive the message must self-isolate for ten days and not leave the house for any reason, and with the number of infections increasing across the country, the number of alerts sent by the app has inevitably increased, to the point that there are now more than 520,000 people in enforced isolation. This has negative repercussions on many economic sectors. Shops, restaurants and even factories have been forced to close due to staff shortages.

Self-isolation is not a legal obligation but is ‘recommended’, in line with the government’s position that everyone should take responsibility for their own actions and act rationally, even without laws or penalties. Prime Minister Boris Johnson believes that vaccines are a sufficient shield to protect the population. More than two-thirds of people received two doses and 88 percent received one dose of the vaccine. According to an ONS survey published today, two-thirds of respondents will continue to wear masks in stores and other crowded places such as buses and subways, although they will not be mandatory. In an open defiance of the government, London Mayor Sadiq Khan has announced that mask-wearing will remain an obligation on the capital’s public transport network.

See also  Climate change: why do we care about glaciers?