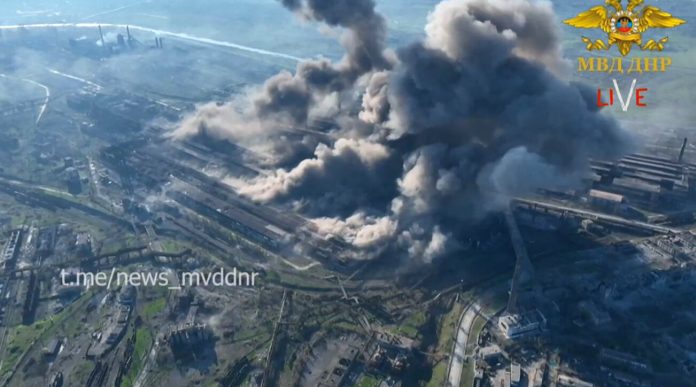 “The Azovstal deal may not suit everyone” –

He said the Kyiv government’s goal was still precisely to get all Ukrainian soldiers out of the steel plant safely, but the approach to reaching an agreement should be “sober and pragmatic, and the outcome may not satisfy everyone.” The plant is not only militiamen from the Azov regiment, but also members of other departments of the armed forces and police.

Zelensky: We will not leave anyone in the hands of the enemy –

The gradual liberation of the occupying Russian forces from the Ukrainian region of Kharkiv proves that Ukraine “will not leave anyone in the hands of the enemy.” This was stated by President Volodymyr Zelensky, citing the Interfax-Ukraine agency. “Obviously, we remember every city and community that is still under occupation: Kherson, Melitopol, Berdyansk, Energodar, Mariupol and Donbass cities,” he added. As for the release of the Azovstal steel plant, “Very complex negotiations are taking place – he said -. We are doing everything we can to evacuate each of our defenders.”

Archbishop of Kyiv: 500 bodies in a mass grave with a bullet to the head –

Meanwhile, Archbishop of Kyiv, Mgr. Svyatoslav Shevchuk said that “recently they discovered in a mass grave about 500 people bound and shot in the head. This means that they were killed in a cruel way, as they killed people in Stalin’s time. Innocent people. By throwing them into mass graves.”

Prince Philip, Duke of Edinburgh has passed away: he was 99...