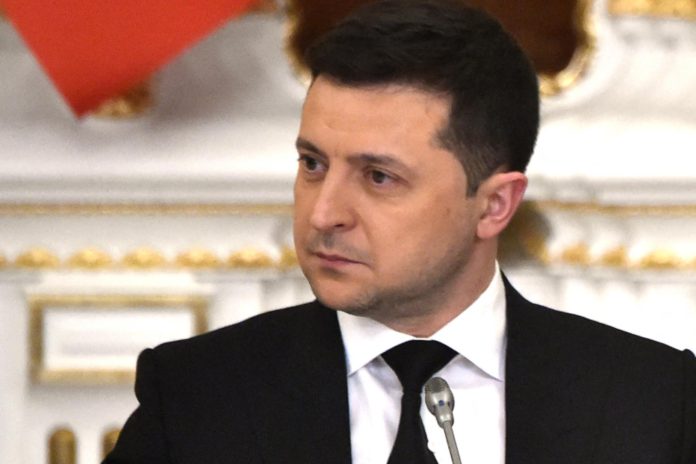 calamity Ukraine and RussiaIn his interview with Joe Biden, It is alleged that Ukrainian President Volodymyr Zelensky discussed his desire to implement martial law in the Donetsk and Luhansk regions.. The US president’s response was a call to solve the issue with the tools of diplomacy. Ukrainian media reported this, citing Zelensky’s office.

“I discussed the events of the past few hours with the President of the United States,” the Ukrainian president said in a tweet on Twitter, announcing the start of a meeting of the National Security and Defense Council. Zelensky also stated that he was also planning a meeting with British Prime Minister Boris Johnson. According to reports from the White House, the phone call between Zelensky and Biden lasted 35 minutes, from 14.05 to 14.40 local time.

Joe Biden updated Volodymyr Zelensky on “The United States’ response, including our resolve to impose sanctionsThe White House said Biden “strongly condemned President Putin’s decision to recognize the independence” of Luhansk and Donetsk. The US President reiterated that the United States will “respond quickly and firmly, hand in hand with allies and partners, to further aggression against Ukraine.”

Meanwhile, Zelensky’s planned speech to the nation will not happen today. This was stated by sources of the Ukrainian presidency, citing local media. According to other sources, the official position of Kiev will be expressed within the next 24-48 hours.

See also  Spain: Three months since the start of the volcanic eruption in the Canary Islands - Ultima Ora