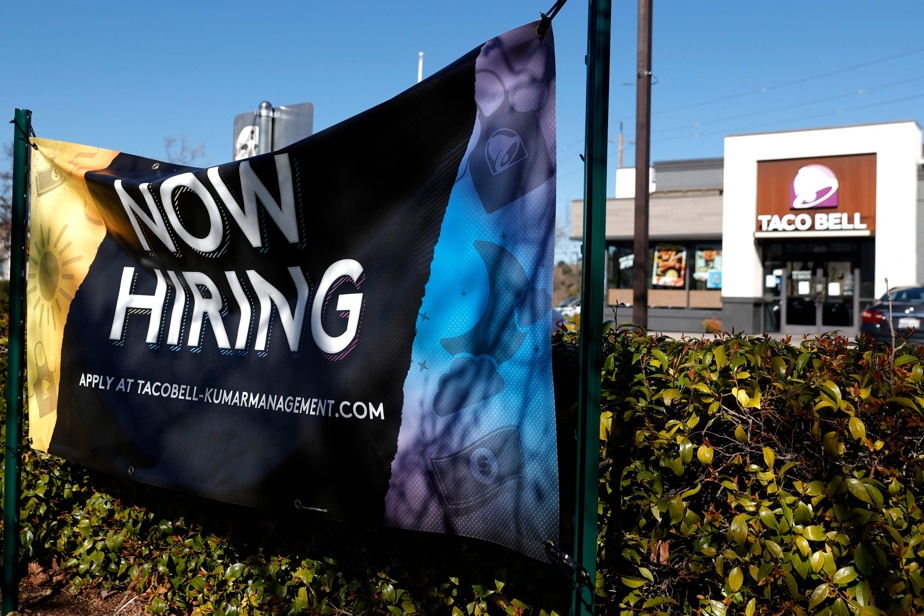 (Washington) Fewer Americans registered for unemployment in early March, thanks to the now-hopeful vaccination campaign in the United States and the congressional approval program.

From February 28 to March 6, 712,000 people registered, according to data released Thursday by the Department of Labor. This is less than the 725,000 records that researchers expect.

In the last week of February, they rose to 754,000, according to revised data.

The vaccination campaign in the United States could reopen economic activity, particularly in the catering and tourism sectors, which have been affected since the onset of the crisis.

The $ 1.9 trillion aid package, which will be passed in Congress on Wednesday and approved by President Joe Biden on Friday, is expected to give a serious boost to the economic recovery.

With millions of homes receiving checks and unemployment benefits extended, the ever-increasing $ 300 a week will help poor Americans regain purchasing power. Funds have been allocated to reopen schools.

According to the White House, this “historic” package will create more than 7 million new jobs this year and will make sanitation much more affordable while saving lives by helping with the general vaccination. He also claims to halve the child poverty rate.

According to the most recent data released on Thursday, unemployment is exceptionally high in the country, with 20 million people receiving their pensions even after losing their jobs or income in mid-February. This represents an increase of 2 million compared to the previous week.

The unemployment rate fell to 6.2% in February. But job creation has advanced, driven by the easing of operational control measures (closed restaurants, shops, etc.) and the anticipation of a small economic boom in the spring.