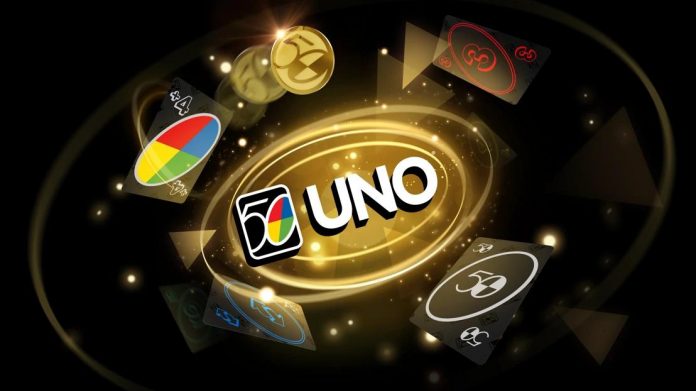 To celebrate the 50th birthday of the popular UNO card game, the 50th Anniversary DLC has been released.

Ubisoft has released a new DLC to celebrate the 50th anniversary of the card game UNO. In addition to the black and gold playing field and the “black velvet” deck of cards, there is also a new 50/50 card which, when played, is decided by throwing a coin that the player has to draw 4 cards.

The following trailer shows the whole thing back to you:

Based on the physical version of the card game, UNO video game offers many themes and DLC that provide more fun with exclusive special cards.

For example, players can experience the snowy, winter-themed game board and rediscover the game with Rabbids, Rayman and Just Dance 2017 content, or transform the entire game with UNO FLIP! DLC.

Recently, Fenyx’s Quest DLC, inspired by Immortal’s Fenyx Rising, added a cool twist to the classic UNO experience with new features based on the Golden Island’s most iconic elements.

DLC to celebrate UNO’s 50th birthday is now available for PlayStation 4, Xbox One consoles, Nintendo Switch systems, Windows PC and Stadia and can be played on PlayStation 5 and Xbox Series X | S through backward compatibility.

Winter Theme and Downloadable Rabbids Content is free to play for everyone, while DLCs for Rayman, Just Dance 2017, UNO FLIP! And Fenyx’s Quest is available separately or as a bundle with the Ultimate Edition.