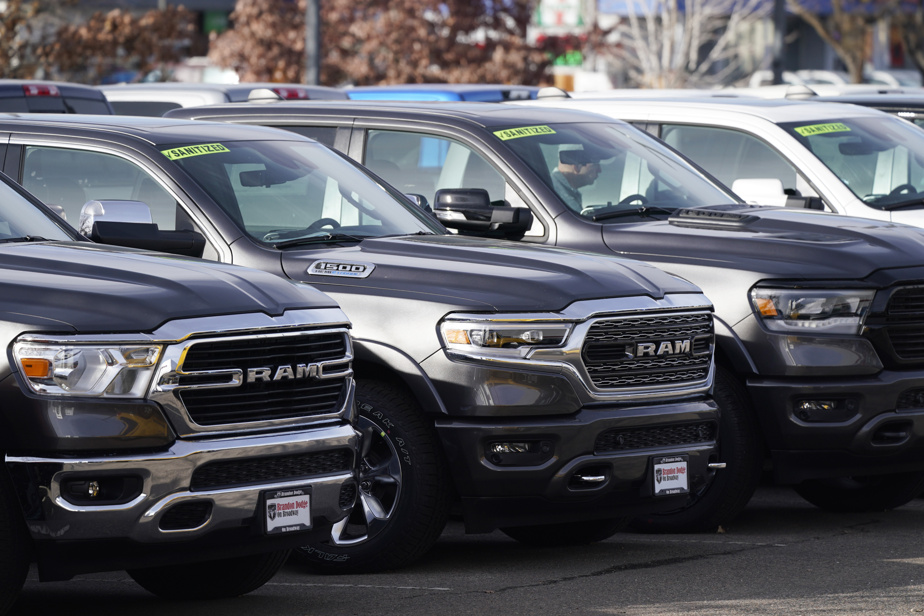 (Washington) Durable goods orders in the United States were marked by bad weather and companies struggling to deliver, according to data released Wednesday by the Commerce Department.

Orders have fallen 1.1% since last January as analysts expect a moderate increase of 0.9%. This is the first drop since April 2020 when orders were abruptly stopped due to the epidemic.

As for deliveries, they fell 3.5% against an increase of 1.7% in the previous month.

The fall in durable goods orders also comes after a sharp rise in January, which was revised up to + 3.5%.

In value, new orders for durable goods used for three or more years, such as cars, home appliances or electronics, accounted for $ 254.0 billion in seasonal adjusted data in February.

With the exception of electrical appliances and home appliances, almost all sectors recorded declines, registering a moderate increase of 0.2%, capital goods (+ 2.9%) and civil aviation components, up 103.3% from Boeing’s resurgence.

Among the sectors with the sharpest decline, the automotive sector and its orders fell 8.7%.

They then benefited from the advancement of the aeronautics, civil and military sectors, as well as the purchase of construction, equipment and decorative items linked to the good health of the real estate sector.

However, February was marked by bad weather waves, which affected the real estate market and hence the construction market.

“The forecast is very optimistic, (economists) chose to ignore the major impact of the storm in the middle of the month on other February indicators, especially manufacturing output, which was down about 4%, which would have been expected in the absence of the storm,” said Ian Shepherdson, chief economist at Pantheon Macroeconomics. .

He notes that before the storm, the trend for orders was increasing at a “rapid and steady rate”.

So the economist expects “a sharp recovery in March.” “February figures do not reflect fundamental trends and can be safely ignored,” he believes.