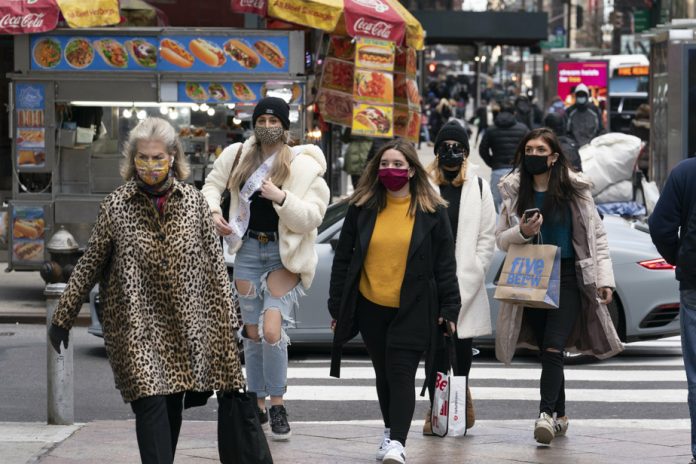 (Washington) Economists are less optimistic than they were in May about US growth this year, believing that the delta variable poses a serious risk to the world’s largest economy, according to the latest National Association for Business Economics (NABE) survey published Monday.


“More than half (58%) of economists surveyed consider the balance of risks to economic growth in 2021 bearish, while 16% expect the balance to be rising, which is a complete reflection of the results of the May survey,” summarizes Holly Wade, principal.

In May, 15% of economists estimated there was an unfavorable balance of risk versus 56% who thought the balance, on the contrary, was generally favorable for growth.

The main risk, according to economists, is the delta type of COVID-19 against which vaccines may be “ineffective.”

On the other hand, their estimate of the recovery in employment is “almost identical” to that of the survey conducted in May, with two-thirds (67%) believing that job creation will return to the pre-pandemic level. by the end of 2022 versus 66% in the survey published in May.

Another third do not expect a return to pre-crisis levels before 2023, a result unchanged from May.

The survey was conducted from 10-16 September.

The study was published as the Organization for Economic Co-operation and Development and the US Central Bank (Fed) cut their 2021 growth forecasts for the world’s largest economy last week to 6% (-0.9 points) and 5.9% (-1.1 points).