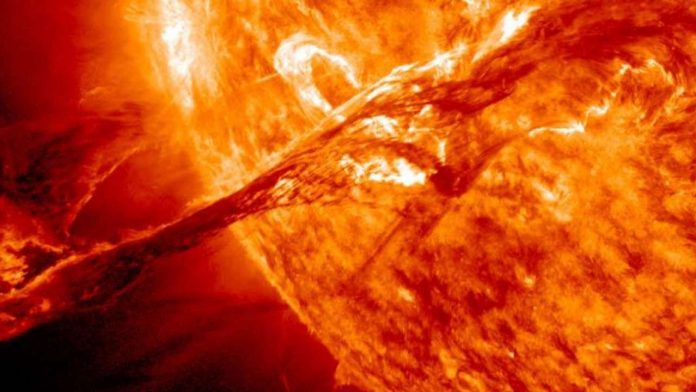 The Space Weather Prediction Center (SWPC) of the National Oceanic and Atmospheric Administration (NOAA) released a geomagnetic storm watch on Sunday (September 26). The SWPC has warned of a possible G1 or G2 storm.

A geomagnetic storm is a disturbance in the Earth’s magnetosphere and occurs after the exchange of energy from the solar wind into the space environment surrounding the Earth. The largest storms that result from these conditions are associated with solar coronal mass ejections (CMEs), the SWPC said.

According to the SWPC, the impact area of ​​a geomagnetic storm can be primarily in the direction of the 60° pole of geomagnetic latitude and is likely to cause power grid fluctuations and may affect satellites. The SWPC also noted that aurora borealis can also be caused by a geomagnetic storm, and aurora may be visible at higher latitudes, such as the northern United States such as northern Michigan and Maine.

It should be noted that G1 and G2 are minor and medium level storms, which means that they will not cause any significant damage. A G2-level storm can cause voltage alarms and transformer damage in high-latitude power systems. Notably, a G1-level storm is capable of having a slight impact on satellite operations.

According to a WeatherBoy report, “Isolated G1 (minor) geomagnetic storm likely on September 26 as the extension of CH HSS positive polarity from the northern crown becomes geographically significant.”

See also  The Artemis mission, through which NASA seeks to return humans to the moon, has been postponed

NASA asks volunteers to live in confinement for a year pretending...

How to fix “An error occurred while connecting to Steam servers”...