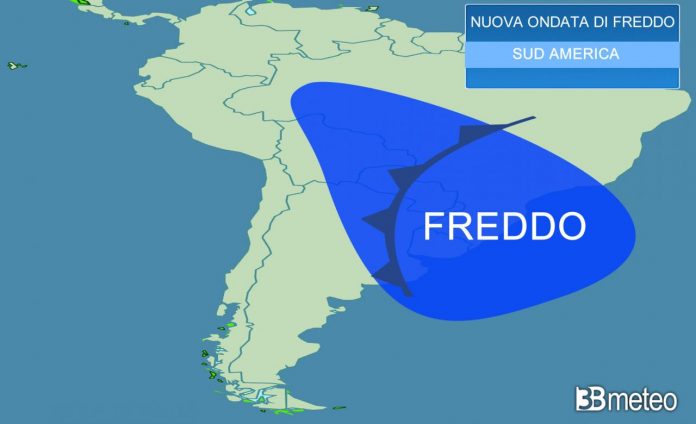 Brazil is still affected by cold air masses from Antarctica It has a less than average winter in most parts of South America. The new attack of the currents from the Antarctic is the third important of this season, Bringing snow to at least 13 cities in Rio Grande do Sul Such as Pelotas, São Francisco de Paula, Gramado, Carlos Barbosa, Baguio, Herval, Peratini, Caxias do Sol, Marao and Varubella. It must be said that snow is not unusual in these areas although it is the accumulation this year that makes the difference. In cities such as Júlio de Castilhos, Nova Petrópolis, Itaara, Tupanciretã, Canguçu and Lavras do Sul, the main feature was freezing rain.

Frost and its effects on crops. The Morro da Igreja weather station, on the Santa Catarina Plateau, equals a 2013 low of July with -7.8°C. The production of coffee, sugarcane, corn and citrus fruits is severely affected by the frost affecting Brazil. The unusual cold will continue for the next few days with below-average temperatures reaching 15°C and will also affect Uruguay, Paraguay and Argentina.

An unusually cold air mass has affected parts of South America over the past few days producing #snow in the south #Brazil. pic.twitter.com/5N7QIGVIdJ

See also  A French captain survived for 16 hours in the Atlantic thanks to an air bubble in his boat, which capsized

Lebanon, in Beirut, a minute of silence in memory of the...