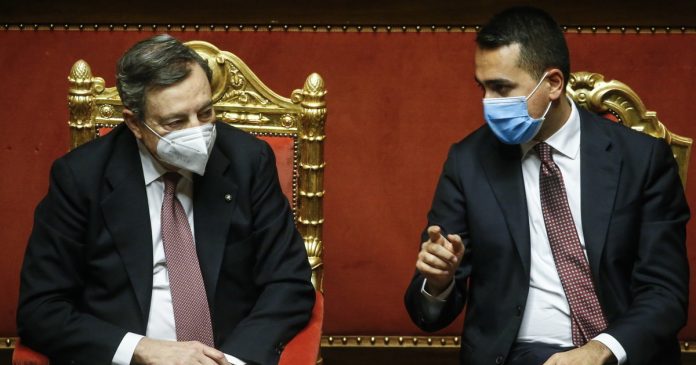 For the fifth time in just over a month, Mario Draghi’s government has once again changed the anti-Covid rules. He did so last night in a tense cabinet that to the end had to broker the rules for them to go into effect. In the end, the vaccination obligation was approved unanimously for 2,7329,267 Italians, over 50 years of age. Everyone must comply with vaccinations by next February 15, if the health service allows (it is not certain that there are vaccines for everyone who needs them). As of that date, those who have a job as an employee and have not been vaccinated lose their paycheck until the vaccination is done or in any case until the next 15th June, while those who are not employed do not lose any benefits due to them (Naspi, citizenship income, etc.) With unequal treatment it can also cause some constitutional problems. In any case, since there is an obligation on all 50-year-olds, both those who have a job and those who live on benefits but have not been vaccinated from February 15 onwards are subject to an administrative fine of €600 to €1,500, which is repeated from the time to another in case of relapse.

Other rules that have been introduced extend the obligation of the basic green pass (which can be obtained temporarily even with a negative tinge) to all users of public and personal services: so they go to the bank, the post office, or to any public office, such as as well as go to the hairdresser or beautician. Also news for the school: with one positive in the structure, all preschool and kindergarten children are at home. In the primary school with a positive tampon is mandatory for all but the school continues to attend. With two or more pluses instead you go to dad for 10 days. Finally, for middle and high school, with a positive case, everyone (except the injured) continues to class with the FFP2 mask adhered. On the other hand, with two positive points in the classroom, only those who do not have the vaccine or who have had both doses for more than 120 days go to distance learning. All the others remain in the classroom. If cases go up to three, it’s all in remote learning for 10 days. So far the rules. Now perplexed. We have been divided on the duty to vaccinate for more than 50 years, both in the political world and among experts. For example, the judgment of a virologist who is certainly not as “well-meaning” as Andrea Crisanti is too harsh: “We improvise,” he asserted, “No obligation can be imposed on those past the fifties without a review of informed consent. This becomes A therapeutic commitment, it’s an absolute novelty in public health. Among other things, it’s being imposed on everyone, even on people who may not need it. It’s real madness.” But there are also other doubts about the government’s options.

We mentioned the five measures in a little over a month: one decreed on November 24 last, one on December 15, one on December 23, and one on December 29 the day before yesterday, January 5 January. Both decrees changed the rules that had just been passed a few days ago, and the impression is certainly not that of a government that has the recipe on hand to tackle the pandemic. There is no need for reassurance, obviously, if the person on the driving surface simply does not know what to do with the increase in the infection curve. And in fact, this continues a very confusing fishing process that unfortunately is largely unenforceable. Look at the newly launched school regulations. It is impossible to guarantee teaching in the same class partly remotely and at the same time at the same time, and therefore there is no point in imposing it by decree. Then even Giuseppe Conte, whom we did not fail to criticize during his government of the epidemic, at least when he predicted that (as happens in nursery and kindergarten) children had to stay at home, and accompanied this measure by funding the extension of parental leave. Yes, because how can parents keep them at home having to work perhaps in their presence? But real life seems to be absent from this huge number of decrees. Finally, the decree was explained as a hindrance to the pressure on hospitals, which according to Vulgate would be due to them not being fully vaccinated. This is not true here. Meanwhile, if compliance begins on February 15, the pressure until then will remain the same as it is today, even greater than ever due to the increased contagion. Secondly, I present all the data contained in the latest report of the Higher Institute of Health on December 28 and relating to about 30 days. In all, 14,023 Italians ended up in hospital. Of these 7,192 (51.3%) were vaccinated. and 6831 (48.7%) are unvaccinated. Of the 14,023 in intensive care, 1,379 ended up, of whom 64.33% were not vaccinated and 35.67% were vaccinated. The deaths in the previous month in total were 1998, most of them 1159 (58%) while 839 (42%) are unvaccinated. These are the numbers.

Said and done, the challenge of censorship – Libero Quotidiano