Persia Digest
Home World Lockdown in Austria, peak infections in Germany, alarm in the East: This... 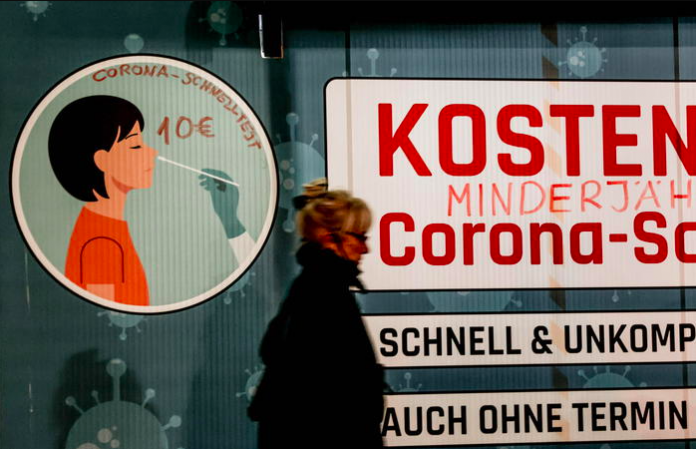 Europe finds itself in the midst of the fourth wave of COVID-19. According to the WHO report for the first week of November, there has been an upward trend in infections in the European Union, with an increase in Sars-CoV-2 cases of 7%, while in other continents – except for Africa – the numbers are stable or diminishing. Even in terms of deaths, Europe shows a 10% increase, while in the rest of the world there was a 4% decrease. By analyzing the regions with the highest weekly infection rate per 100,000 inhabitants, we see that in this case, too, Europe tops the ranking with 209.9 new cases. The report states that 249 million cases of COVID-19 and more than 5 million deaths have been recorded since the start of the emergency. In this context, Austria has announced a strict lockdown for the non-vaccinated, and the Netherlands is preparing to implement nationwide lockdowns.

In the European Union, the state of emergency in the countries of the East is also of concern. in a a map ECDC (European Center for Disease Prevention and Control), among the 27 EU countries in red and dark red we find Greece, Romania, Bulgaria, Lithuania, Estonia, Latvia, Poland, the Netherlands, the Czech Republic, Belgium and Slovenia. All countries with very low vaccination rates have also been reported. According to data collected by ECDC, the European average of the vaccinated population in Europe is 64.8%, while in Romania it is 33.9%, in Bulgaria 22.7% and in Croatia 45%. On the other side of Europe, countries west of Italy are largely yellow, such as France, which has only a small area in red, Portugal and Spain.

See also  Navalny, “Because they are in prison, they don't let me read the Qur’an” - last hour

The situation in Italy

Again according to the map of the European Center for Disease Prevention and Control, Italy has only three regions marked in green: Sardinia, Molise and Valle d’Aosta. In red we find Calabria, Friuli-Venezia Giulia and Marche, as well as the Autonomous Province of Bolzano. In yellow we have the remaining regions: Veneto, Lombardy, Piedmont, Liguria, Emilia-Romagna, Tuscany, Umbria, Lazio, Abruzzo, Campania, Puglia, Basilicata and Sicily. Roberto SperanzaThe Minister of Health emphasized that “the Covid challenge continues,” adding that “Europe’s numbers must show us great interest. In recent days, the World Health Organization has clearly indicated that Europe is witnessing a stage of re-spread of the virus. We must insist on the priority investment that We have done in recent months, which is to invest in a vaccination campaign.”

Given the complex situation of Covid in Europe, with constantly increasing infections and hospitalizations, some countries are considering reintroducing Close In different ways. In Austria, it was announced today, November 12, about Close Unvaccinated starting next Monday – as in the lands Upper Austria and Salzburg – With the official green light expected for tomorrow. Unvaccinated people will be able to leave the house only to work, for basic needs and to “walk”, Prime Minister Alexander Schallenberg explained. There will be random checks. “We don’t live in a police state, we can’t and we want to check every street corner,” Schallenberg said. Holland is ready Represent Nationwide lockdowns, with government Mark Rutte Who should really decide on this today. While Bulgaria turned to the European Union to activate a civil protection mechanism aimed at receiving aid (including oxygen and breathing) from other EU countries, Germany recorded a new peak in the past 24 hours. infections, with more than 50,000 new cases. “We have to prepare for the winter, and the virus is still among us and threatens the health of citizens,” he said. Olaf Schulze, likely the next chancellor, stressing the need for a new “major vaccination campaign” to persuade more people to immunize themselves against Covid. In Germany, the vaccination rate is still less than 70%.

See also  Kyiv, a hospital was bombed, a boy died - the world

From parents photo on social media